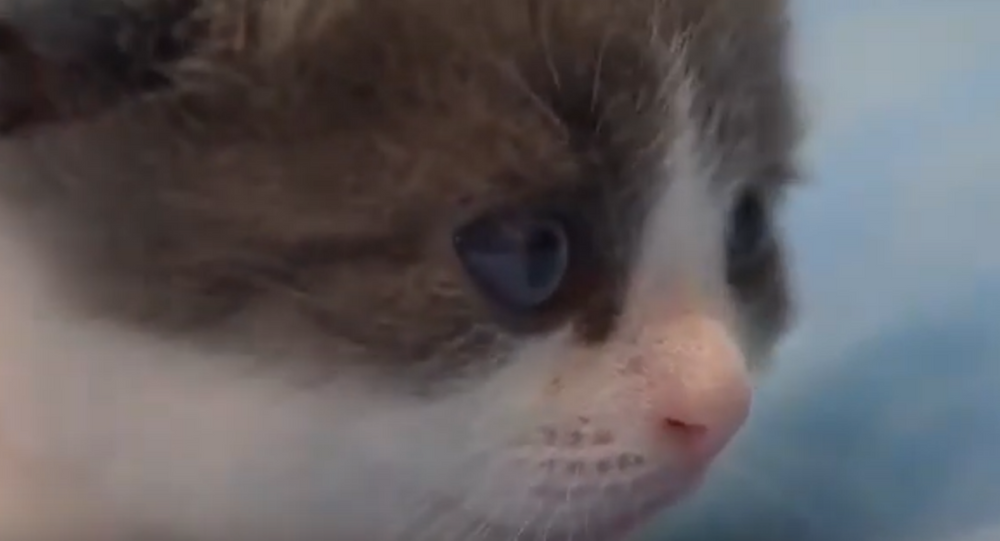 According to the National Human Genome Research Institute, animals are cloned by removing a mature somatic cell from them. Researchers then “transfer the DNA of the donor animal's somatic cell into an egg cell, or oocyte, that has had its own DNA-containing nucleus removed.” Once the egg has developed into an embryo, it’s implanted into an adult female animal.

The company managed to successfully clone Garlic, a two-year-old British Shorthair cat who belonged to Huang Yu and that had died because of a urinary tract infection. In August 2018, Sinogene took cells from Garlic to use for its clone, which was born just a few weeks after the embryo with Garlic’s cells were implanted into a surrogate mother.

“In my heart, Garlic is irreplaceable,” Huang told the New York Times. “Garlic didn’t leave anything for future generations, so I could only choose to clone.” However, upon seeing Garlic’s clone, Huang was elated, claiming the “similarity between the two cats is more than 90 percent.”

According to Mi Jidong, Sinogene’s chief executive, the company began cloning pets in 2015 after a survey of around 1,000 participants revealed many were willing to pay for the service. Since then, the company has cloned more than 40 dogs, as well as some other pets. AFP reported that the company charges roughly $53,000 to clone a dog and $35,000 for a cat.

“Whatever the origin of pets, owners will see them as part of the family. Pet cloning meets the emotional needs of young generations,” Mi is quoted as saying by AFP.

China has been making strides in this area of science, cloning primates and producing super strong dogs. Chinese scientist He Jiankui of Shenzhen’s Southern University of Science and Technology even created the first genetically-edited, HIV-resistant babies last year, the Guardian reported.

Although pet cloning remains illegal in many countries, it appears to be gaining popularity.

In an interview last year with the New York Times, American singer Barbra Streisand revealed that two of her dogs were clones of another one, Samantha, that had died. “You can clone the look of a dog, but you can’t clone the soul. Still, every time I look at their faces, I think of my Samantha … and smile,” Streisand said in the interview.