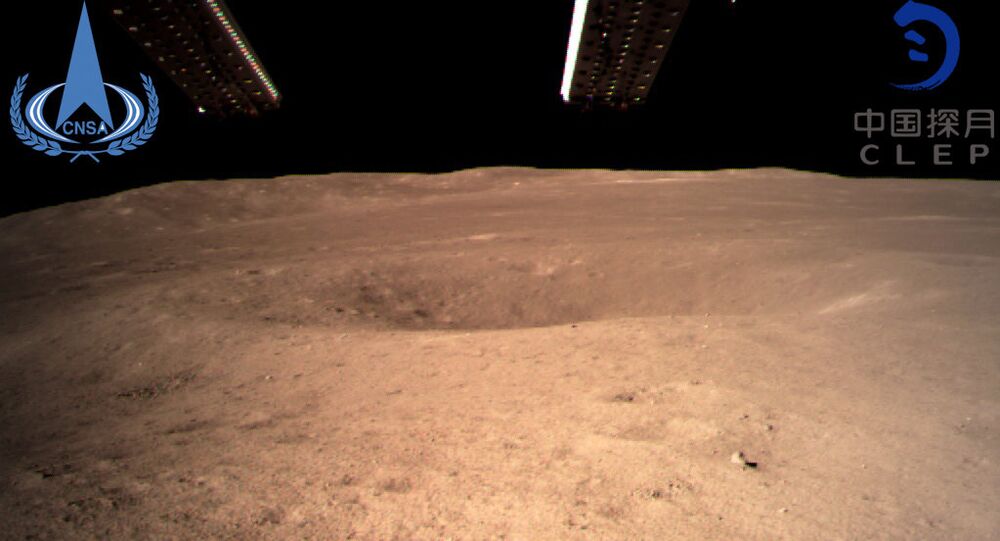 The Chang’e-4 lunar probe - launched on 7 December 2018 - made history by landing on the Von Karman Crater located in the southern hemisphere of the far side of the Moon on 3 January 2019.

Amid the ongoing scientific mission, the Yutu-2 rover has discovered two types of lunar mantle material. According to The Daily Express newspaper, the Chang’e-4 team was preparing to power Yutu-2 down on 28 July for a planned moon day pause to protect the equipment from solar radiation. One of the Chinese scientists, however, spotted strange images captured by rover's main camera depicting a small lunar crater partially filled with an inexplicable substance; a colour and sheen reportedly dissimilar to the surrounding lunar environment.

The Chinese space vehicle carefully approached the strange object in the lunar crater and then targeted the substance, described as “gel-like", the media report said. The rover then examined the area with a Visible and Near-Infrared Spectrometer (VNIS) capable of detecting light in a way that reveals an object's makeup, according to The Daily Express.

Chinese scientists have reportedly not provided an explanation on the nature of the gel-like substance.

The discovery may, however, be connected with melted glass created from meteorites striking the moon’s surface, according to The Daily Express, citing scientists.

Further planned measurements and experiments that Chinese scientists will conduct with the help of the Yutu-2 may verify various theories describing the formation of the Moon.