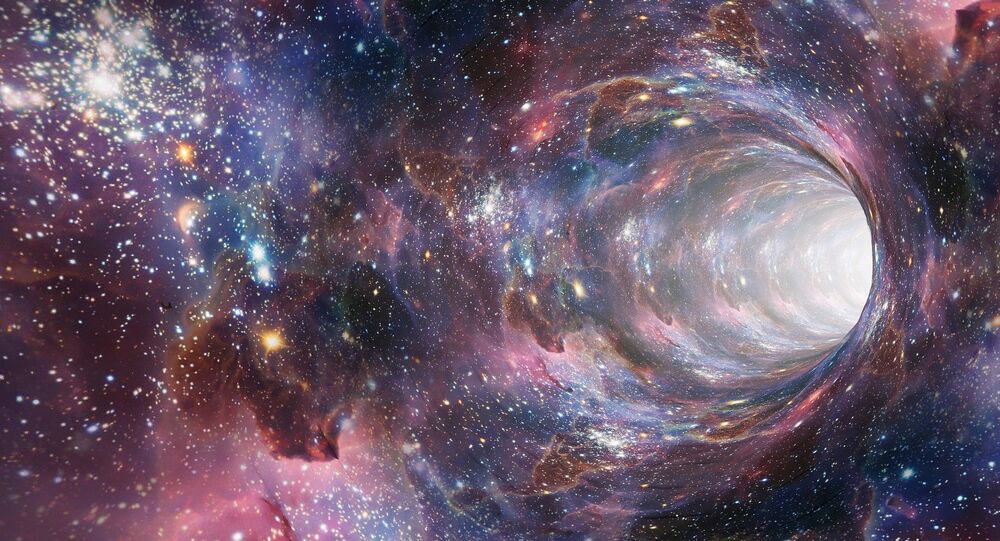 Thinking With Portals: Physicists Publish Instructions to Build a Wormhole

While some materials for a spacetime portal may be hard to come by, this should only be a minor inconvenience, scientists say. Indeed, who are we not to believe?

From the looks of things, we’ve reached the point where a wormhole, a spacetime bridge between two points in space, can be created at will. Certainly, there are some minor difficulties involved in the process, but as soon as you get your hands on a couple of black holes and a cosmic string, everything else is just details, writes Paul Sutter of LiveScience.

According to Sutter, wormholes, which in an ideal scenario should provide us with a super-fast way of travelling between any two points in space, are remarkably unstable: even a single photon sent through these exotic structures will trigger a chain reaction that will collapse the tunnel faster than the speed of light. A theoretical solution to this problem is to introduce matter with negative mass, but negative mass supposedly does not exist. A different solution is needed and scientists now say they have one.

According to a study by a group of scientists from the University of California, Santa Barbara (UC Santa Barbara), published in the internet journal arXiv, the first step to create a wormhole is to find two black holes and charge them. Black holes are celestial objects with such a huge mass that not even light can escape their gravitational pull. And yet, we need to electrically charge two of these beasts with opposite electrical charges.

Why? Because in charged black holes, Sutter explains, the singularity is not a tiny point that crushes matter into oblivion, but a strange, distorted space, which can form a bridge to an oppositely-charged black hole. The exact process of “building the bridge”, is unclear but we will surely come up with something.

The problem with charged black holes is that they attract each other with tremendous force until they collapse and form a single, neutral, and therefore useless (to us), black hole.

There’s one thing that can keep that from happening, the study authors say: ‘cosmic string’.

Cosmic string is an exotic object rarely talked about, whose existence has been predicted solely by mathematical equations. A linear anomaly, a crack in spacetime no wider than a proton, a single inch of cosmic string would weigh more than Mount Everest. A terrible thing to stumble upon, Sutter says, because the object would slice anything in two like a “cosmic lightsaber.” The strings also have absolute tension, which, if we somehow manage to “thread” the wormhole with this string, would act as a “tug of war” keeping the two black holes apart and preventing them from collapsing into each other.

But what about that instability problem? There’s a solution for that as well, scientists insist. We simply need to throw in another cosmic string and connect its edges in a loop, which will cause it to wiggle – “a lot,” in Sutter’s words, an obvious understatement of cosmic proportions. If tuned correctly, these vibrations would be so ferocious they would warp spacetime, creating zones of negative energy, which, according to Einstein’s famous equation, can act as negative mass, thus stabilizing the wormhole.

The scientists say that these vibrations will eventually lead to the gradual collapse of the wormhole, so these tunnels would not exist for long. Still, it is believed that the time frame would be enough to send messages and even physical objects through the wormhole, which would be convenient.

“But first we need to find some cosmic strings,” Sutter noted.