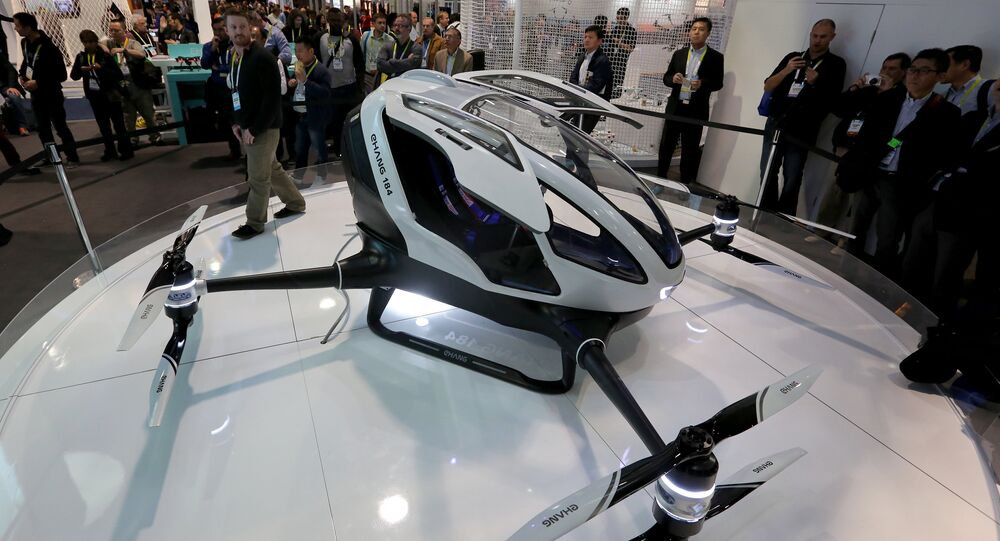 Chinese startup company Ehang has long been pushing a world full of low-altitude aviation transportation that is fast and environmentally friendly, with China soon to become the first country where this vision will be tested.

Chinese autonomous aerial vehicle technology company Ehang confirmed on Wednesday, 28 August to CNBC that its unmanned drones would soon be flying around the southern Chinese city of Guangzhou as a part of its pilot city project.

Guangzhou will be the first city in the world where three or four regular flight routes will be set up for autonomous air vehicles that would carry passengers with no pilots involved. This development would potentially take place in 2019 or the next year, Ehang’s co-founder Derrick Xiong announced.

“We have seen so many positive changes in the past several years,”- Xiong said in an interview to CNBC. - “When we started in 2016 nobody even knew what this was all about. Earlier this year, we received official approval from the China Civil Aviation Administration, basically allowing us to launch this pilot programme as part of our cooperation to build up the standard.”

He also said the company would be working with Chinese authorities to help the Guangzhou government set up all the necessary legal regulations to accommodate the new technology and install infrastructure such as take-off and landing pads.

Guangzhou authorities will also set up a command-and-control centre so that the numerous autonomous aerial vehicles (AAVs) flying around the city will provide passenger services in a safe, efficient and environmentally-friendly manner.

Although it might be challenging to convince passengers to use the autonomous flying vehicles at first, Ehang’s developers insist that they are confident in their safety standards, with over 2,000 test flights already conducted by the company in various weather conditions, inside and outside China.

“So we are confident in its safety as the original design of this aircraft is safer than most traditional aircraft. We have 16 propellers, 16 motors and a super-efficient safety power redundancy system; meaning even if you lost one or even several motors you’re still fine,” Darrick Xiong said.

“Secondly, we have been working on this for many many years, and we have enough testing data to prove this is a safe technology,” he added.

The company announced on 20 August that it became the first technology platform company to receive a certificate for unmanned aircraft system safety level II issued by the Chinese Academy of Civil Aviation Science and Technology.

Other airspace strongholds such as Airbus and Boeing have also been pursuing autonomous drone tests for some time, but they were not as successful as Ehang in launching a city mobility program based on fully autonomous aircraft yet.

“We are very excited about exploring the various meaningful ways in which AAVs can solve some of the issues our congested cities face,”- said EHang’s founder, chairman and CEO Hu Huazhi, -“We are in conversations with other cities, not just in China, to develop safe, efficient and affordable autonomous air transportation.”

The price for an unpiloted vehicle trip around Guangzhou has not yet been discussed.