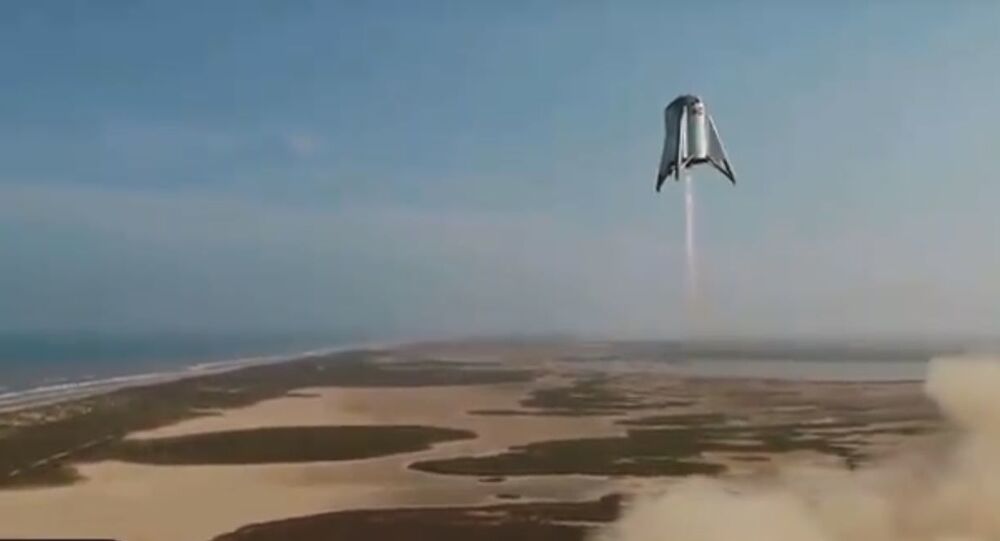 In a video posted online, the SpaceX Starhopper vehicle, which shares some resemblance to an R2-D2 droid, successfully took off from a test site in Boca Chica, Texas, hopping to a 150-meter altitude and then automatically landing on a  nearby pad. Cold gas thrusters helped the vehicle to stabilize itself as it moved towards the landing pad.

SpaceX's Starhopper conducts 150 meter test hop under the power of the SN6 Raptor!

​The vehicle on the video is the same Starhopper that conducted an 18-meter altitude test earlier in July, according to NasaSpaceflight’s Michael Baylor.

​Before the test hop began, local residents were asked to relocate or at least step outside, because the Raptor engine could create a pressure wave that could potentially shatter windows. The test also warranted the closure of nearby roads between 2 pm and midnight – potentially giving SpaceX enough time for a second test.

​The Raptor engines are designed for the upcoming BFR rocket which Musk hopes will take humans on their first mission to Mars. The booster alone is expected to have 35 Raptor engines, while the full stack is speculated to be up to 41 engines, if Musk’s July tweets are to be believed. In upcoming tests, SpaceX will test several Raptor engines at once, starting with three instead of just one, NasaSpaceflight says.