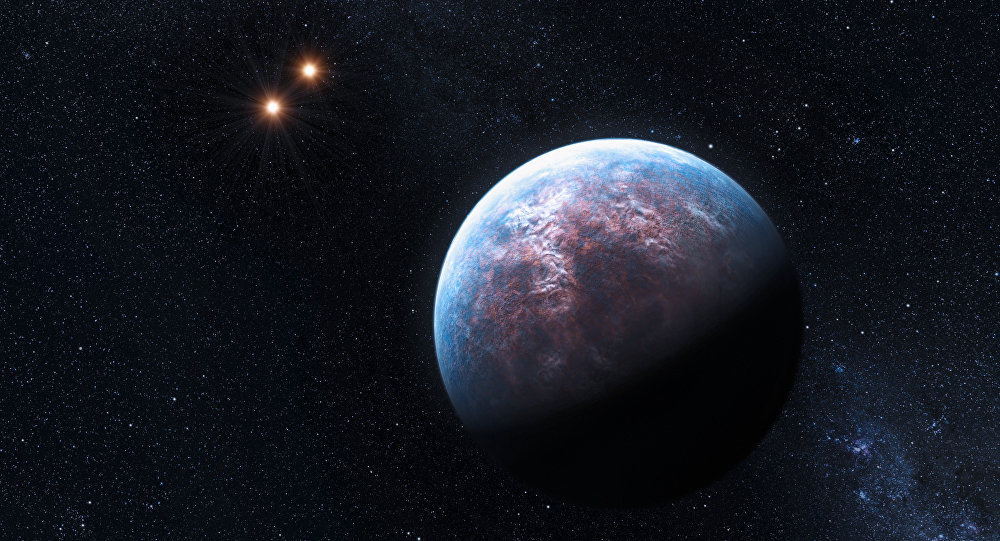 Using a software suite designed by NASA’s Goddard Institute for Space Studies, the science team determined a combination of factors which result in conditions favorable for biological activity on a planet.

Surprising new research conducted by scientists from the University of Chicago has revealed that there are exoplanets out there that could be even better suited for life than our very own world, according to Science Alert.

The scientists goal was "identifying the exoplanet oceans which have the greatest capacity to host globally abundant and active life," study lead Stephanie Olson explained as the team presented its findings at the Goldschmidt Geochemistry Congress in Barcelona.

"Life in Earth's oceans depends on upwelling (upward flow) which returns nutrients from the dark depths of the ocean to the sunlit portions of the ocean where photosynthetic life lives. More upwelling means more nutrient resupply, which means more biological activity. These are the conditions we need to look for on exoplanets," she said

As Astronomy magazine points out, previous studies of potential habitability of exoplanets "largely neglected" the role of oceans in global climate regulation and heat transportation, while Olsen and her colleagues "focused in on this niche" instead, comparing different combinations of climates and ocean habitats that may exist.

Using software called ROCKE-3D developed by NASA's Goddard Institute for Space Studies to model the prospective exoplanets, the scientists determined that a combination of thicker atmospheres with slower rotation rates and the presence of continents result in higher upwelling rates.

"This is a surprising conclusion. It shows us that conditions on some exoplanets with favourable ocean circulation patterns could be better suited to support life that is more abundant or more active than life on Earth," Olson remarked.

The research is expected to provide additional parameters to astronomers searching for signs of life on distant worlds, with Olson suggesting that “we should target the subset of habitable planets that will be most favourable to large, globally active biospheres."