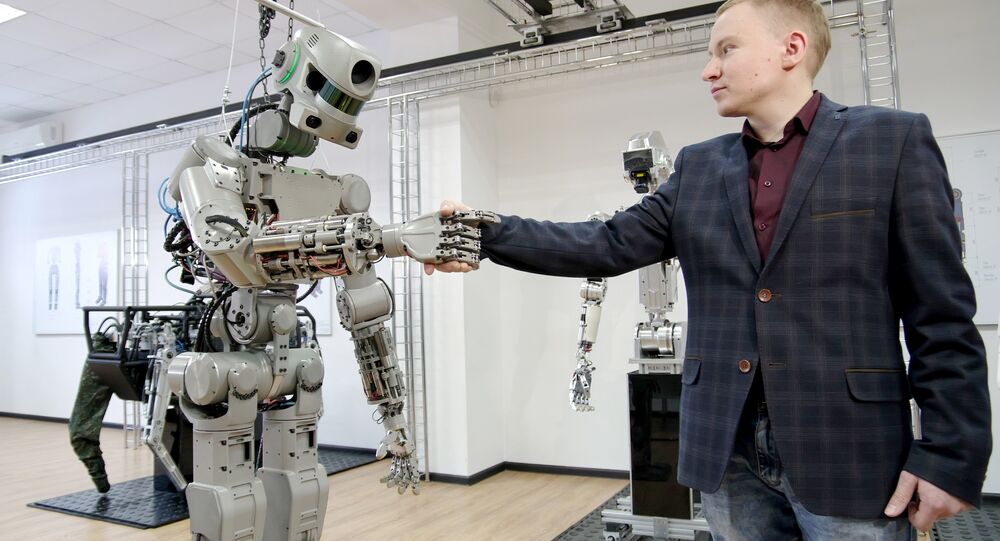 BEIJING (Sputnik) - The space flight of Russian humanoid robot Skybot F-850, nicknamed FEDOR, is a serious technological success for its creators that has reassured them in the ability to work on more complex projects, the chief designer of Moscow-based Android Technics Scientific Production Association, which developed the machine, Alexei Bogdanov said.

"Of course, we feel proud, and also liable for the object, the robot, that is currently in space, but we also feel proud for our team, which has gone such a long way in terms of technology and competencies in such a short period of time. Over the past five years, we have grown a lot and became stronger. The team proved capable of solving interesting and complex tasks," Bogdanov said.

According to Bogdanov, when his firm was established in 2009, the global robotics market was already full of large and successful companies, so FEDOR's successful flight to space is a manifesto that Android Technics has grown to be fully competitive.

Interestingly, during the launch, the webcast captured FEDOR pronouncing the legendary phrase "Let's Go!" (Poyekhali! in Russian) which Soviet cosmonaut Yuri Gagarin, the first person to travel to space, said during his historic launch on April 12, 1961.

FEDOR, a robot that can replicate the movements of an operator who wears a special suit, was successfully launched into space onboard a Soyuz MS-14 spacecraft on Thursday. After arriving at the International Space Station on Saturday, FEDOR will be controlled by Russian cosmonaut Alexander Skvortsov and carry out a number of tasks. The robot is scheduled to return to Earth in the early hours of September 7.