Today, Mars is a dry, freezing wasteland with almost no atmosphere, which is not believed to host any liquid water. Generally speaking, it's a pretty inhospitable place. But could it have been different at some time in the past?

We have known for some time that Mars had water in its distant past, which formed rivers and lakes on its surface. It still exists there, frozen and trapped in the planet’s icy depths. But there is no consensus over whether Mars was always as cold as it is now.

Based on new research scientists suggest, that the climate on Mars may have once been so warm that it could have allowed rain to pour and rivers to flow – a theory increasing the possibility that there was once life on the Red Planet.

The research team, led by Horgan, has studied data about Martian mineral deposits using the Mars Curiosity Rover and the orbiting NASA CRISM spectrometer, which tracks minerals on the surface that indicate past liquid water.

They then compared this data with information from several places on our planet to find if there were any similarities between ancient Mars and ancient Earth.

“Our study of weathering in radically different climate conditions such as the Oregon Cascades, Hawaii, Iceland, and other places on Earth, can show us how climate affects patterns of mineral deposition as we see on Mars,” Professor Horgan said. 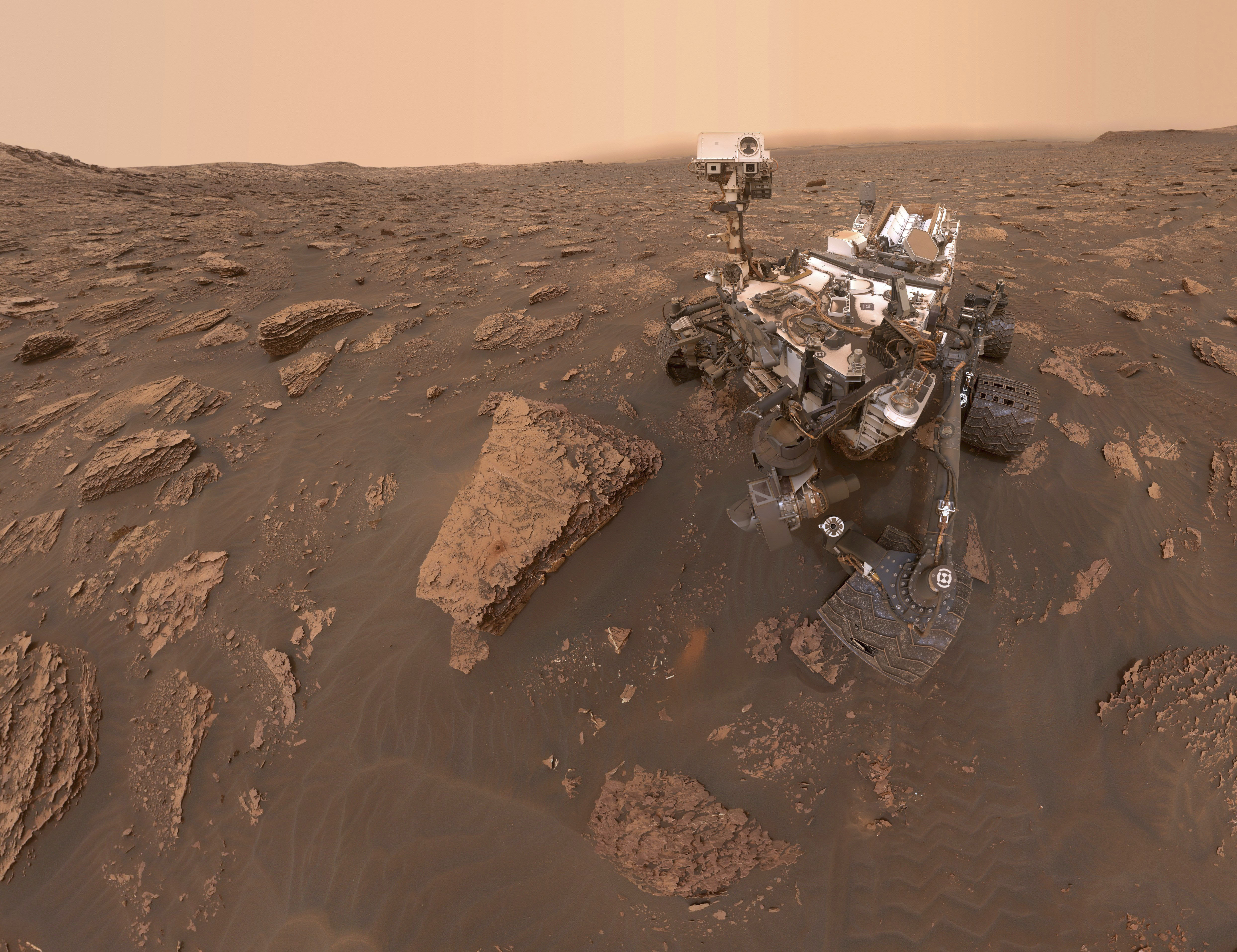 © NASA . JPL-Caltech
This composite image made from a series of June 15, 2018 photos shows a self-portrait of NASA's Curiosity Mars rover in the Gale Crater

“Here on Earth, we find silica deposition in glaciers, which is characteristic of melting water. On Mars, we can identify similar silica deposits in younger areas, but we can also see older areas which are similar to deep soils from warm climates on Earth.”

According to Horgan, the findings point to a “general slow trend” from warm to cold climate on Mars from 3 to 4 billion years ago, around the same time life appeared on Earth.

“If this is so,” she added, “it is important in the search for possible life on Mars.”

“We know that the building blocks of life on Earth developed very soon after the Earth’s formation, and that flowing water is essential for life’s development. So evidence that we had early, flowing water on Mars, will increase the chances that simple life may have developed at around the same time as it did on Earth.”

Professor Horgan is a co-investigator on the Mars 2020 mission, which will collect mineral samples on Mars and return them to Earth in search for evidence of habitable environments and past life on the planet.

She concluded: “We hope that the Mars 2020 mission will be able to look more closely at these minerals, and begin to tell us exactly what conditions existed when Mars was still young”.