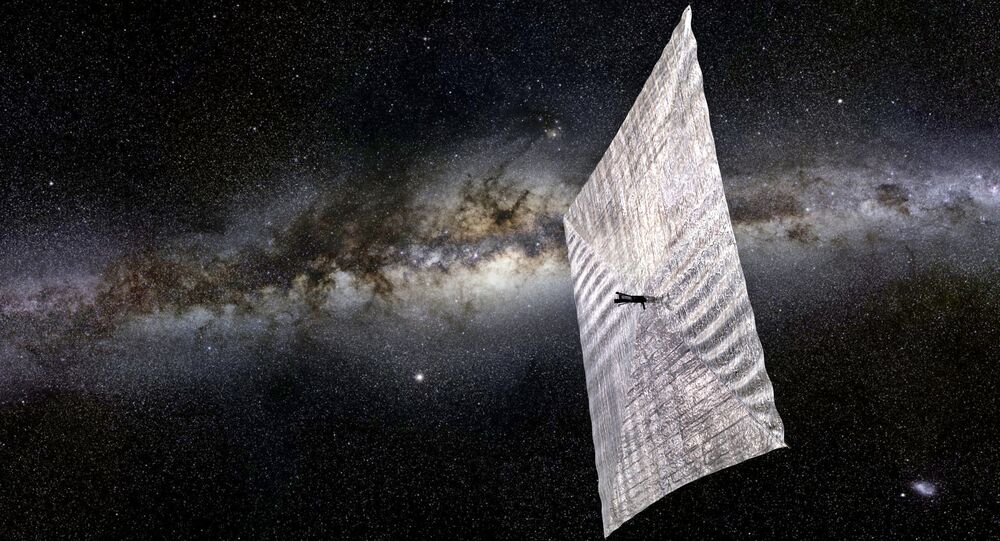 The mission of the tiny crowdfunded solar-sailing spacecraft started on 25 June. Scientists say this propulsion technology should allow for speeds that would be impossible for traditional fuel-burning propulsion.

The LightSail 2 spacecraft, the first-ever crowdfunded solar-sailing spacecraft, successfully conducted tests in Earth’s orbit, The Daily Express reported Monday. During the tests, the small 10 x 10 x 30 cm spacecraft changed its orbit using only propulsion created from the light of the sun.

“We’re thrilled to announce mission success for LightSail 2,” says Bruce Betts, LightSail program manager and a chief scientist from US-based Planetary Society, the developer. “Our criteria was to demonstrate controlled solar sailing in a CubeSat by changing the spacecraft’s orbit using only the light pressure of the Sun, something that’s never been done before.”

The solar sail spacecraft should, in theory, be able to reach speeds impossible for conventional fuel-propelled spacecraft. As the light from the sun bounces from the solar sail’s reflective surface, each photon generates a small push. While each push is barely detectable, it is constant, and, in the vacuum of space, there’s nothing to slow the spacecraft from constantly accelerating, as long as there is light.

According to Planetary Society CEO Bill Nye, the idea of solar sailing is not new.

“Carl Sagan talked about solar sailing when I was in his class in 1977. But the idea goes back at least to 1607, when Johannes Kepler noticed that comet tails must be created by energy from the Sun,” he said.

In 2010, Japan’s IKAROS spacecraft was the first to prove the feasibility of solar sailing. However, the LightSail is different in that its funding was provided by donations of an estimated 50,000 people.

“It amazes me that 50,000 people came together to fly a solar sail,” said Jennifer Vaughn, Planetary Society chief operating officer. “Imagine if that number became 500,000 or 5 million. It’s a thrilling concept. LightSail 2 proves the power of public support.”