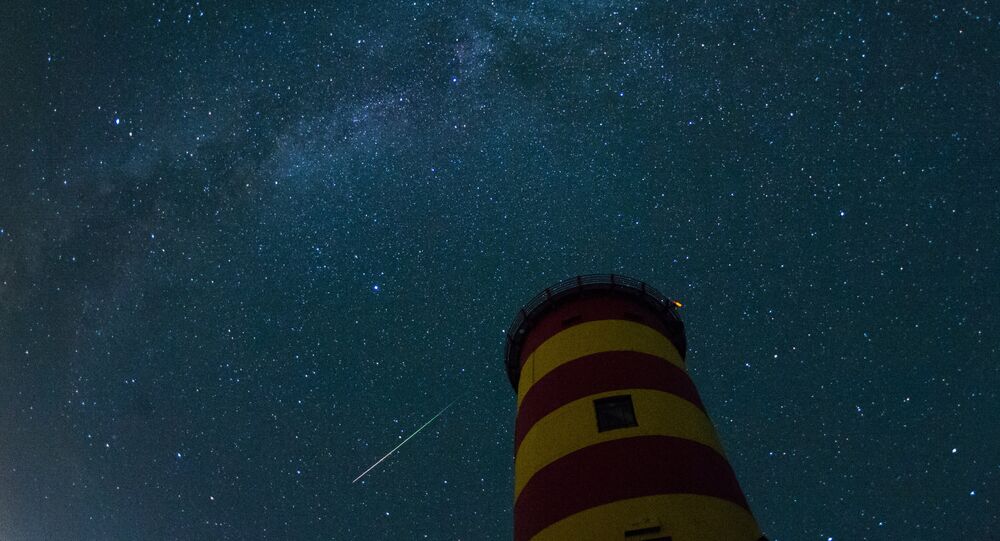 Fireballs Dubbed ‘Tears of Biblical Saint’ to Reach Their Peak, Lighting up Sky

A cosmic guest, known as the comet Swift-Tuttle, is giving earthlings a special treat, as the Perseids are reaching their climax tonight. The meteor shower generates flashes in the planet’s atmosphere, creating an illusion of falling stars and resulting in a mesmerising show. However, people have not always had such a view of this phenomenon.

The Perseids meteor shower, ongoing from 17 July to 26 August this year, is culminating on 12-13 August. While the annual spectacle is now pure entertainment for onlookers, the Perseids used to be known as the “tears of St. Lawrence”, named after a Christian saint who was tortured and burned to death in 258 AD by the Romans.

The swarm of fireballs, which resembles dozens of falling stars, is in fact residue from the comet Swift-Tuttle, which passed by in 1992, 1862, and earlier, leaving pieces of itself behind. When Earth passes through the meteor shower, some of the space rocks burn up in the atmosphere, lighting up the sky.

However, this year the timing of the annual show is a bit unfortunate, as the US tech website CNET points out, as the Moon is nearly full during the prime of the space fireworks and might outshine the meteors. But the US space agency NASA notes that the natural show is still worth watching.

"But the Perseids are rich in bright meteors and fireballs, so it will still be worth going out in the early morning to catch some of nature's fireworks", it says.

Falling star watchers are advised to get as far as possible from cities with lights and traffic, to get out to the country, where man-made interference does not obstruct the view. The best time to watch is said to be after midnight and before dawn.

However, there is also an opportunity for stargazers who do not want to leave the comfort of their house, with NASA livestreaming the night-time show.