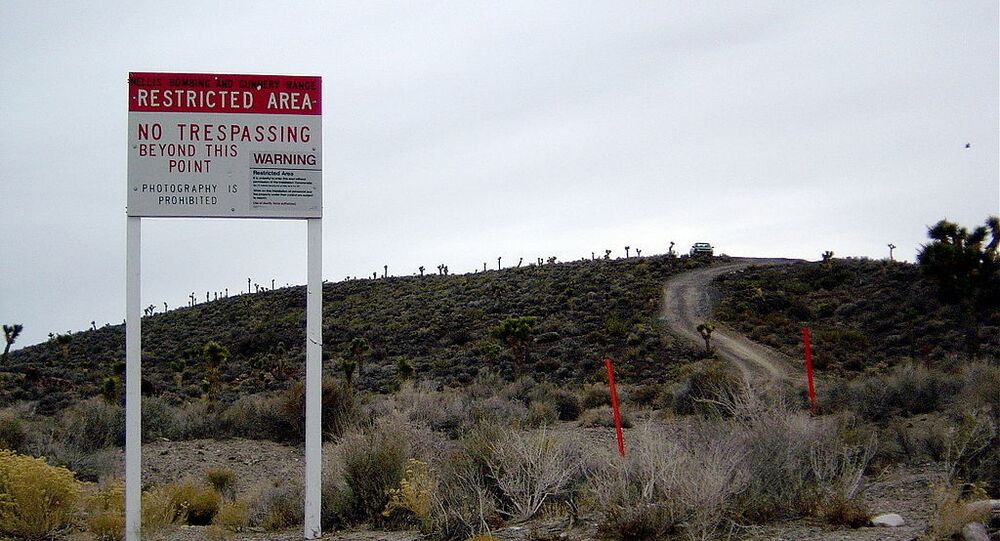 The mysterious US Air Force Base, Area 51, was established in the 1950s, ostensibly to test secretive aircraft programmes — and now various pieces of information suggest that "something big" happened near the top-secret military facility in the Nevada desert this weekend.

The Nevada Test and Training Range (NTTR), home to highly-classified US Air Force facility Area 51, is thought to have hosted some kind of a "significant test or tests" this past weekend, The Drive reported, referring to "fragmented reports from various sources".

One of the sources is Twitter user Bryan Herbert, who monitors aerial happenings. Beginning on 8 August, he began sharing a bunch of Notices to Airman (NOTAMs) that allegedly identified certain restricted areas within the NTTR that were being put off-limits to any air traffic at any altitude.

While it remains unknown whether any tests did happen and the authenticity of these NOTAMs is unverified, the first purported notice was issued for the restricted airspace R-4806E that includes Desert Dry Lake, which is some 50 kilometres southeast of Groom Lake/Area 51.

I see a NOTAM for what appears to be a launch in R-4806E. I wonder if the aircraft was for launch support.

​Another alleged notice was published on 10 August for the same airspace, with Herbert suggesting that it was "indicating some sort of launch".

Another NOTAM for R-4806E. The window opens at 8 PM Los Angeles time. Just like the other night the ceiling on this is unlimited indicating its some sort of launch. pic.twitter.com/wf8Nofvu0r

The third NOTAM was supposedly posted the same day for a two-day closure — from 10 to 12 August — of airspace from the surface to the Earth to unlimited airspace. This time it was for another zone, R-4807A that separates Area 51's Groom Lake (R-4808N) from the Tonopah Test Range (R-4809).

Another interesting NOTAM, this one is for R-4807A which separates Groom Lake (R-4808N) from Tonopah Test Range (R-4809) pic.twitter.com/bjq6YnVhSU

Aside from Herbert's observation, airplane trackers have noticed that Janet, a mysterious and highly-classified airline, ostensibly had unusual flights out to Area 51 and the Tonopah Test Range over the weekend. The Drive suggested that such flights indicate major test events.

The NTTR, one of two military training areas used by the US Air Force, is normally used for test flights and top-secret developmental exercises.

Area 51, which has been at the epicentre of public attention in the past few months, is located within the NTTR, and was set up in the 1950s in the Nevada desert to supposedly test secret US aircraft and aviation technologies, but it's widely associated with various ET-related conspiracy theories claiming that the government is either keeping or studying recovered UFOs or even aliens there.