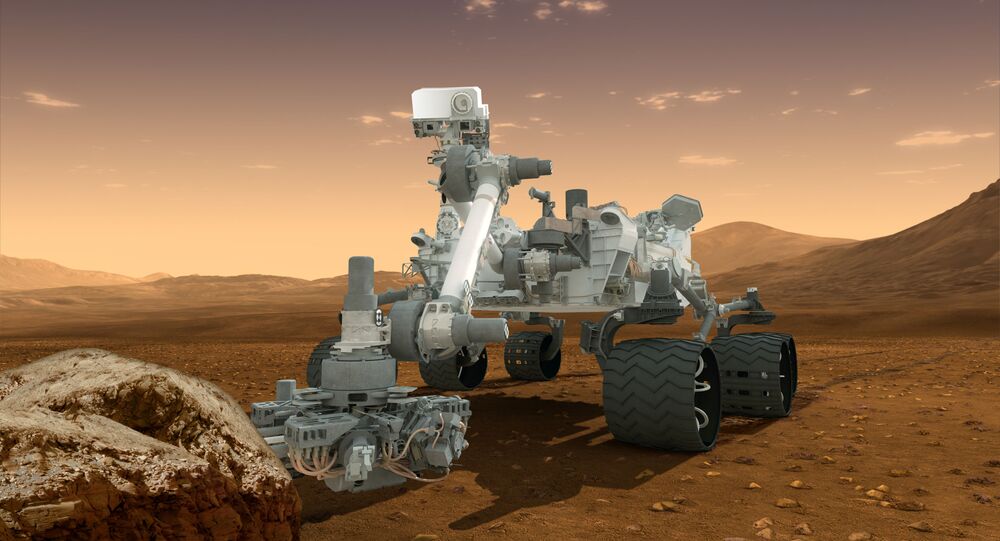 Seven years after arriving on the Red Planet, NASA’s Curiosity rover has recently retrieved a record number of clay minerals that agency officials say will lead to the uncovering of the planet’s “richer, more complex” story and its history of water.

In a Monday press release, NASA announced their rover had made monumental strides in collecting information that will give researchers a deeper understanding of Mars’ Aeolis Mons - a large clay region more commonly known as Mount Sharp.

Mount Sharp is located inside Gale Crater, which is said to have contained streams and lakes billions of years ago that altered the landscape and left behind a large amount of clay minerals in the area.

Prior to Curiosity’s 2012 landing, the Mars Reconnaissance Orbiter spacecraft was able to identify the presence of clay on the Red Planet.

"This area is one of the reasons we came to Gale Crater," research space scientist Kristen Bennett of the US Geological Survey said in the release. "We've been studying orbiter images of this area for 10 years, and we're finally able to take a look up close."

Bennett and Valerie Fox of Caltech are the co-leads for Curiosity’s clay-unit campaign.

Fox describes the initial area Curiosity encountered as kind of a “parking lot full of gravel and pebbles” that pointed to the possibility of more clay signals. Unable to drill into the rocks, Curiosity, as of June 2019, has since departed the so-called parking lot and encountered what NASA describes as “more complex geologic features” of Mars.

An interactive clip designed by NASA’s Jet Propulsion Laboratory allows Earth-bound individuals to get a 360-degree view of the Teal Ridge, an outcrop on the “clay-bearing” side of Mount Sharp.

In addition to Teal Ridge, the rover has captured images of Strathdon, a complex, boulder-sized rock that is also located on Mount Sharp. The wavy and brittle, rather than flat, layers of the boulder indicate to researchers that the immediate area around it once had either wind, flowing water or both.

"We're seeing an evolution in the ancient lake environment recorded in these rocks," Fox notes in the NASA press release. "It wasn't just a static lake. It's helping us move from a simplistic view of Mars going from wet to dry. Instead of a linear process, the history of water was more complicated."

NASA/JPL-Caltech/MSSS
This mosaic of images shows layers of sediment on a boulder-sized rock called "Strathdon," as seen by the Mars Hand Lens Imager (MAHLI) camera carried by NASA's Curiosity rover. The images were taken on July 10, 2019, the 2,462nd Martian day, or sol, of the mission.

Fox asserts that these recent images and new related theories about the Red Planet are like finding the pages to “a dense book, with pages torn out, but a fascinating tale to piece together.”

Back in June, Curiosity was also able to detect high levels of methane on Mars, confirming previous reports of the gas provided by both itself in 2013 and the European Space Agency’s Mars Express mission back in 2004.

If the readings are correct, they could be a major indication of possible geothermal activity or microbial life forms underneath the Martian surface.