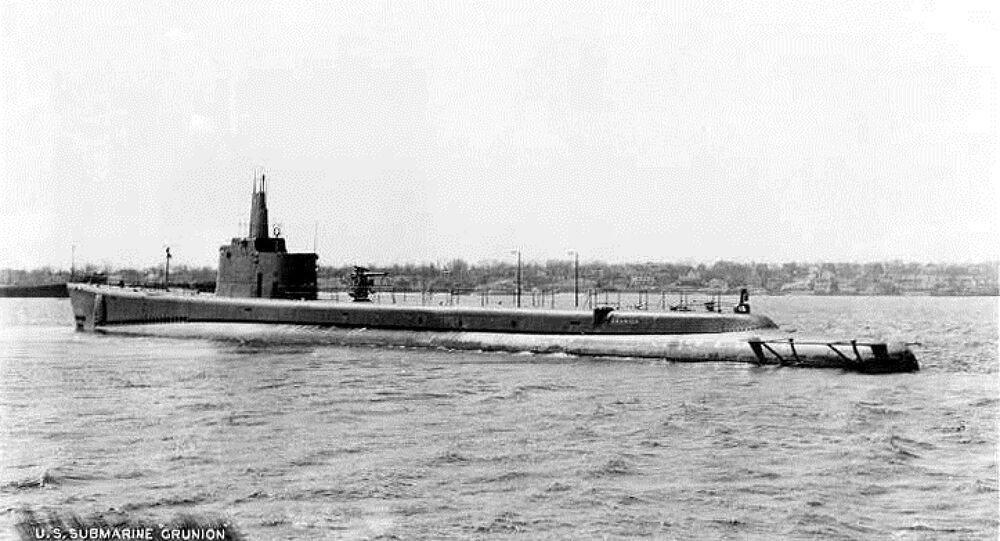 In June 1942, the USS Grunion diesel-electric attack submarine was sent to Alaska to patrol the surrounding waters for Japanese patrol boats. On July 30, after being ordered back to home port, the sub disappeared with 70 US servicemen onboard, never to be heard from again.

A team of WWII-era submarine hunters equipped with autonomous underwater vehicles and advanced photogrammetry imaging equipment has found the long-lost bow of the USS Grunion along a volcanic embankment off the coast of the Aleutian Islands, and got the pictures to prove it.

Using their equipment to create a comprehensive scan of the submarine’s bow, resting on the ocean floor about 2,700 feet below the surface, the researchers created a highly detailed 3D model of the vessel’s remains.

Tim Taylor, an ocean explorer with the Lost52 Project, a group engaged in a long-term exploration and underwater archeological project dedicated to documenting and preserving the history of the 52 US WWII submarines lost in the Pacific campaign, said his team’s work had potentially revolutionary implications.

“This goes so far past video or still imagery, it truly is the future of recording historical underwater discoveries,” Taylor said in a statement cited by LiveScience.

Commissioned in April 1942, just four months after the US entry into World War II, the USS Grunion began its first (and what would turn out to be its last) combat patrol in June, sinking two Japanese patrol boats off Alaska before disappearing on its way back home to Dutch Harbor on July 30 of that year. The sub was declared lost in October 1942, with all enlisted men and officers and crew presumed dead.

In 2006, the three sons of Lieutenant Commander Mannert L. Abele, commander of the ill-fated sub, hired a marine geophysics and ocean engineering firm to search for the vessel, with the back half of the sub found in 2007, but its bow remaining missing until October 2018, when it was found resting on a volcano’s embankment, about 400 meters (1,312 feet) from the rest of the wreck.