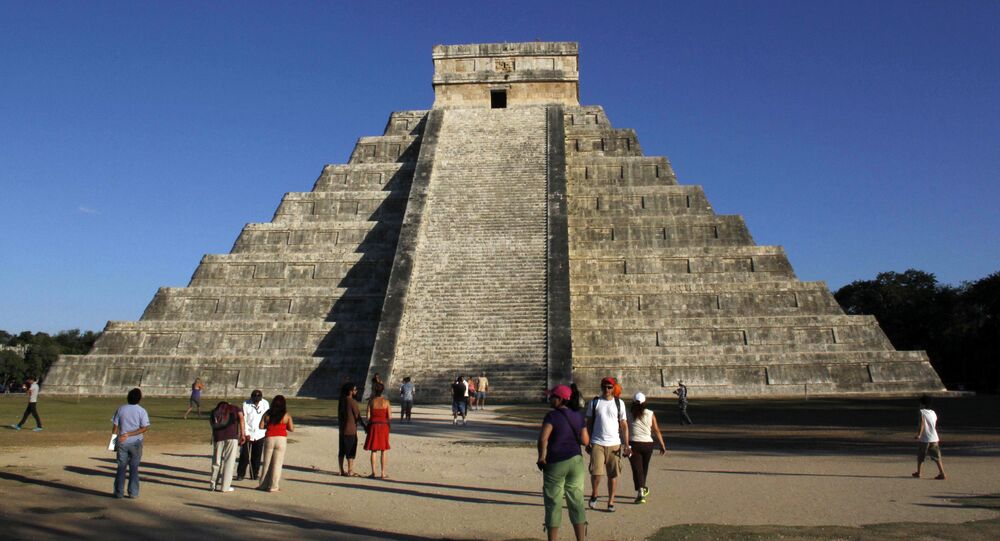 Earlier research had suggested that the Classic Maya period during the civilisation’s prime was characterised by prosperity and generally less violent - with the exception of traditional rituals.

The ancient Maya were a great deal more violent, burning a city in an “act of total war” long before previously thought, according to a revealing study published on 5 August in Nature Human Evolution.

Researchers led by David Wahl from the US Geological Survey examined an ancient hieroglyphic inscription at Naranjo, a Maya city 20 miles south of Witzna, in what is now northern Guatemala.

The scientists were intrigued to discover the text reveals a spate of military campaigns against a neighbouring kingdom, including one called Bahlam Jol, which once belonged to Naranjo.

The inscriptions read that the city "burned for the second time."

According to researchers, the attack took place in May, 697 AD - a year after another kingdom, Komkom, was also razed by fire.

Wahl and his team analysed physical evidence to support the hieroglyph claims of a burned city. They studied sediments in a lake near the site, and found “a distinct charcoal layer” that they dated to the end of the seventh century, that shows there had been a huge fire.

The date coincides with the hieroglyphic record of Bahlam Jol burning down.

The study also revealed a reduction in local land use, which was likely due to a fall in population.

What makes the research so groundbreaking is that the events mentioned in the inscriptions occurred during the Classic Maya period (250 to 900 AD), during the civilisation’s prime.

Scientists previously believed the era was noted for prosperity and sophistication, when extensive trade networks were laid out, and advanced calendars assembled based on extensive study of the stars.

Experts did not believe violence was a part of Mayan life during this period, with the exception of rituals.
War and violent attacks grew in prominence in the Terminal Classic Period, between 800 and 950 AD., coinciding with the decline of the civilisation.

Existing theories suggest that overpopulated cities and severe drought resulted in the wars that eventually brought about the collapse of the Maya civilisation.

"As with many aspects of Maya civilisation, we continue to realise that the pre-Hispanic Maya were more complex than previously thought, " concludes the study.