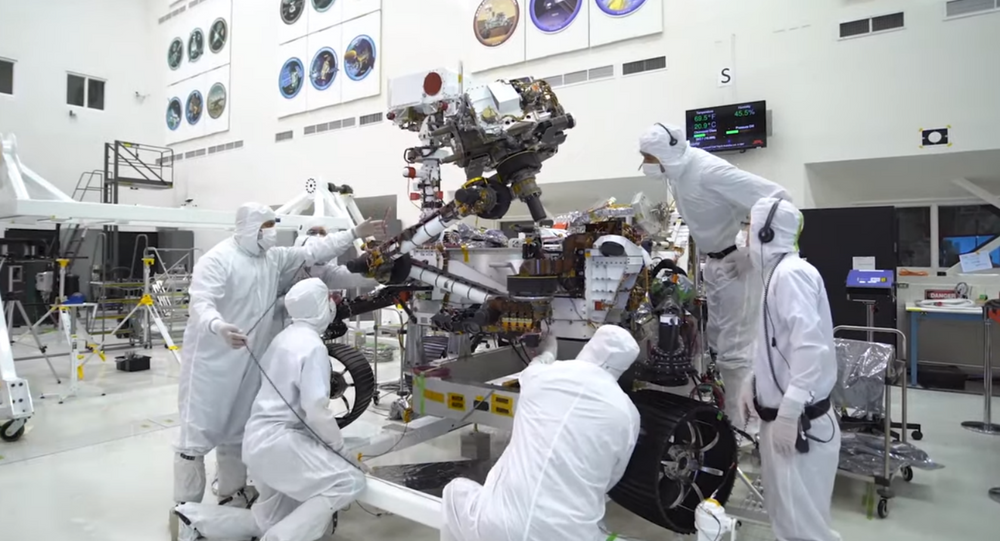 NASA’s Jet Propulsion Laboratory released timelapse footage Friday showing the robotic arm of the Mars 2020 rover curling an 88-pound weight as it moved from a deployed to a stowed configuration.

Recently released video captures the moments on July 19 in which officials observed the rover’s arm maneuver an 88-pound turret in a similar fashion to how humans do bicep curls at the gym with dumbbells.

"This was our first opportunity to watch the arm and turret move in concert with each other, making sure that everything worked as advertised - nothing blocking or otherwise hindering smooth operation of the system," Dave Levine, integration engineer for Mars 2020, said in a statement to Phys.org.

"Standing there, watching the arm and turret go through their motions, you can't help but marvel that the rover will be in space in less than a year from now and performing these exact movements on Mars in less than two."

Over the last several months, officials have installed the rover’s wheels, legs and arm in addition to various other components ahead of its July 2020 deployment to the Red Planet.

Should all testing go to plan, NASA expects the rover to be deployed from Florida’s Cape Canaveral Air Force Station sometime between July 17, 2020, and August 5, 2020. Officials have estimated the rover’s landing on Mars’ Jezero crater will take place in February 2021.