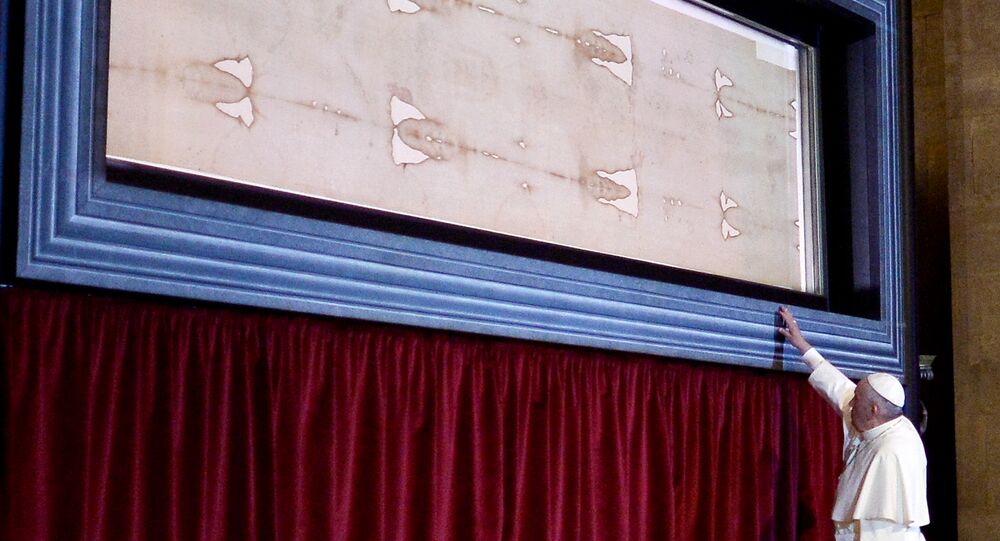 Researchers have tried yet again to determine the exact age of the Christian sacred artefact, a shroud that is believed to have covered Christ’s face after his body was taken down from the cross, or rather to point out some apparent inconsistencies in the previous attempt to date the Shroud.

The Shroud of Turin, one of the most revered Christian relics, has been a talking point among believers and agnostics for a while, at least since 1988, when the results of a study published in the journal of Nature suggested the Shroud is a medieval relic.

Now, a group of researchers from France and Italy have questioned the 30-year-old verdict and found evidence – after two years of continuous studies – that the tests previously performed on the item were flawed. In a paper published in Oxford University’s Archaeometry, the group describes their re-analysis of the raw data used in the previous study and arrives at potentially far-reaching conclusions.

In 1988, following centuries of speculation and idle talk, Pope John Paul II gave three research groups access to the Shroud of Turin – a small piece of cloth that, as the New Testament has it, was used to cover the face of Christ after crucifixion. The team included scientists from the University of Arizona in the US, the Federal Institute of Technology in Switzerland and Oxford University in the UK.

After the tests were conducted, the researchers announced that all the groups dated the minute snippets they analysed to a time lapse between 1260 and 1390, alleging the Shroud was sewn well into the CE. However, there was one issue ignored at the time: the Vatican, the owner of the Shroud, refused to allow other researchers access to the data or the shroud.

In the new efforts, the European research team sued the University of Oxford to gain much-coveted access and won the lawsuit.

“The results, which were centralised by the British Museum and published in Nature in 1989, provided ‘conclusive evidence’ of the medieval origin of the artefact, “ the research group wrote in the study, adding:

“However, the raw data was never released by the institutions. In 2017, in response to a legal request, all raw data kept by the British Museum was made accessible.”

After gaining access to the data they drew new conclusions which lead them to argue that a statistical analysis of the Nature article and the raw data “strongly suggests” that there is a lack of homogeneity in the data and that “the procedure should be reconsidered.” They stressed that the 1988 research was conducted on some separate heterogeneous edge pieces – something which invalidates the 1988 research conclusions.

The researchers noted that to achieve reliable research results, the cloth needs to be analysed in its entirety.

The Turin Cathedral described the Shroud, lauded by Pope Francis in 2015 as a Christian “icon of love”, as an artefact from Egyptian times made in a typical pattern, and featuring the image of “a man who suffered death from crucifixion.”