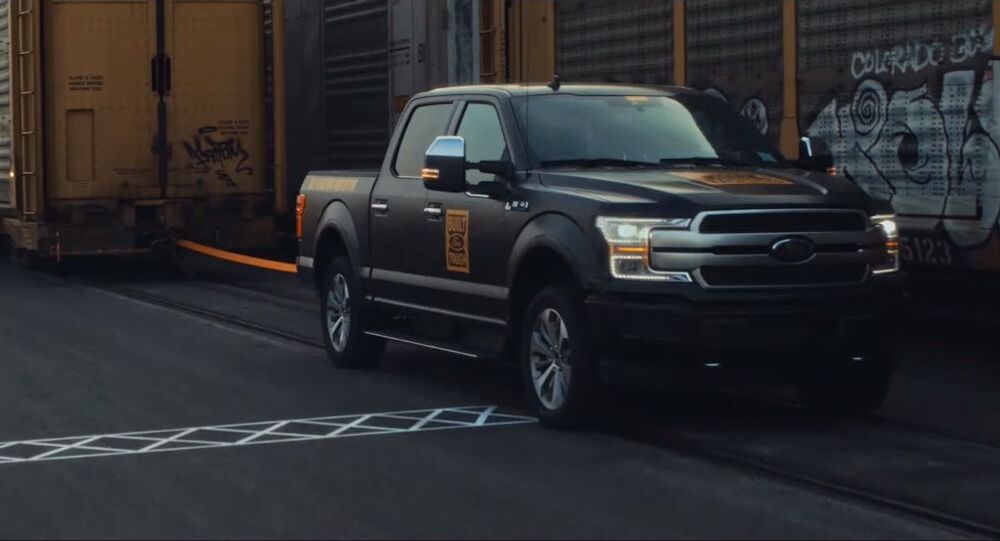 A month after Tesla CEO Elon Musk said his company’s planned electric pickup would “be a better truck than an F-150 in terms of truck-like capability,” Ford published a video of a pickup truck towing roughly four times more weight.

The towing weight shown in the video is roughly four times more than the 300,000 pounds Musk tweeted Tesla’s pickup would be capable of towing last year. However, the company later stated that the video was a demonstration of capability and “far beyond any production truck’s published capacity.”

“This demonstration showcases our commitment to remain the clear leader in trucks as well as to highlight our commitment to the future of electric vehicles,” Ted Cannis, Ford global director of electrification, wrote in a post on Medium accompanying the video.

The company considers its F-series trucks to be “the cash cow of Ford,” according to Michelle Krebs, a senior analyst at moCox Automotive. The F-series trucks has been America’s bestselling truck for 42 years and the country’s bestselling vehicle for 37 years, according to CNBC. The company is putting high hopes on the F-150 after it had to slash thousands of jobs this year while realigning its workforce and investing $11 billion by 2022 in electric and hybrid vehicles.

“We are dead serious about delivering an electric pickup truck that again sets an all-new bar for what light-duty trucks can deliver — not in the science project sense, but in the reality of what tough trucks need to do,” Cannis wrote.

The all-electric F-150 prototype used in Ford’s video is separate from an upcoming all-electric pickup Ford announced in April as part of a $500 million investment in Plymouth, Michigan-based Rivian.

US Man Naps in Tesla Model S During Rush Hour