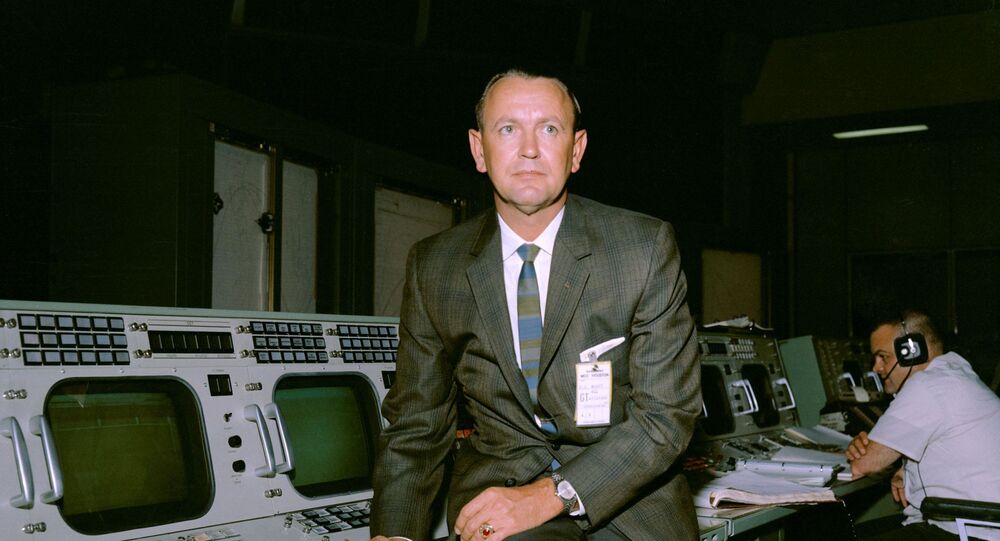 Back during the earliest days of NASA, the head of the agency's Space Task Group, Robert Gilruth, assigned Kraft the job of drawing up rules and procedures for safely managing the flight of a human into space. The rules created by Kraft, as well as the hiring of a talented team of flight directors and controllers, helped NASA fly the Mercury, Gemini, and Apollo programs. For Neil Armstrong, the first man on the moon, Kraft was the “control” in Mission Control.

"America has truly lost a national treasure today with the passing of one of NASA's earliest pioneers — flight director Chris Kraft. We send our deepest condolences to the Kraft family," NASA Administrator Jim Bridenstine said.

Kraft once said he set up mission control to monitor spacecraft systems, interact with astronauts in space and to stand ready, spring-loaded to "figure out all the things that could go wrong and be prepared to deal with them."

Kraft was the flight director at Cape Canaveral on May 5, 1961, when Alan Shepard blasted off aboard a Redstone rocket to become the first American in space, a month after the Soviet Union sent cosmonaut Yuri Gagarin into orbit. He was also a flight director during the Apollo 8 mission, the first flight of a booster to carry a crew and the first mission to carry humans beyond low-Earth orbit.

"It was his legendary work to establish mission control as we know it for the earliest crewed space flights that perhaps most strongly advanced our journey of discovery," Bridenstine said. "From that home base, America's achievements in space were heard across the globe, and our astronauts in space were anchored to home even as they accomplished unprecedented feats."

Kraft served as flight director for all six of the original one-man Mercury missions and seven of the 12 two-man Gemini flights that perfected the rendezvous and spacewalk techniques needed for the Apollo moon program. He served as director of flight operations until the Apollo 13 mission when he became deputy director of the Johnson Space Center.