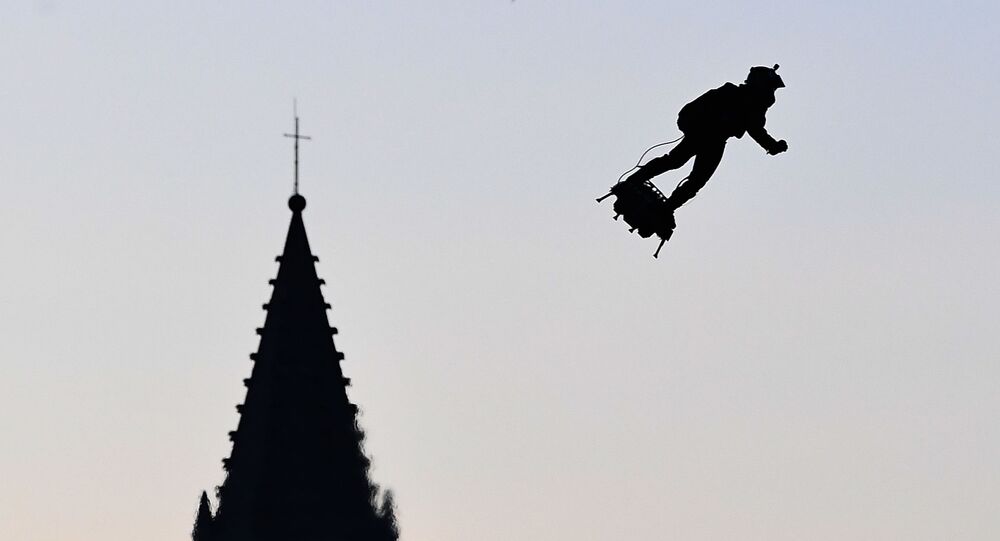 The inventor of the Flyboard Air, Franky Zapata, said he plans to cross the English Channel on Thursday, marking the 110th anniversary of the first airplane flight between Britain and France.

Zapata, 40, expects to cross from Sangatte near Calais to St Margaret’s Bay near Dover in 20 minutes, refuelling halfway and reaching speeds of up to 86.9 mph (140km/h).

“It’s the realisation of a dream,” the inventor told Le Parisien, adding that he was “very stressed”. He noted that his last flight, a demonstration over the crowds at Bastille Day in front of the president, Emmanuel Macron, Angela Merkel and other European leaders, used about 3 percent of the hoverboard’s capabilities, compared with 99.9 percent for the Channel crossing, and he estimates that there is only a 30 percent chance of success.

Zapata said his flight had been approved by civil aviation authorities but not maritime officials, who insisted stationing a ship to refuel the flyboard would pose a risk to shipping in the busy Channel.

“We have advised against the crossing because it is extremely dangerous given the traffic in the Channel, one of the busiest (shipping) straits in the world,” the French maritime authority said, cited by The Guardian.

Zapata said the decision had forced him to refuel once midway, instead of twice as he had planned – once in French waters, once in UK waters.

“This has made the challenge 10 times more difficult,” Zapata said. “It’s a completely arbitrary and unreasonable decision.”

He added that the take-off time would depend on weather conditions and that he had not yet decided whether to refuel the kerosene-powered flyboard by landing on a ship or hovering over it, the latter being more risky but which would enable him to claim a true “cross-Channel flight”.

Zapata was awarded a €1.3m grant for his Flyboard Air from the French government defence and procurement agency last December. It is powered by five mini turbo engines and can run autonomously for about 10 minutes and reach speeds of up to 118mph (190km/h). Florence Parly, the French armed forces minister, said the flyboard could be “tested for different kinds of uses, for example as a flying logistical platform or, indeed, as an assault platform”.

Hop on a Hoverboard! Russian Babushka Invents Creative Way to Clean up Faster