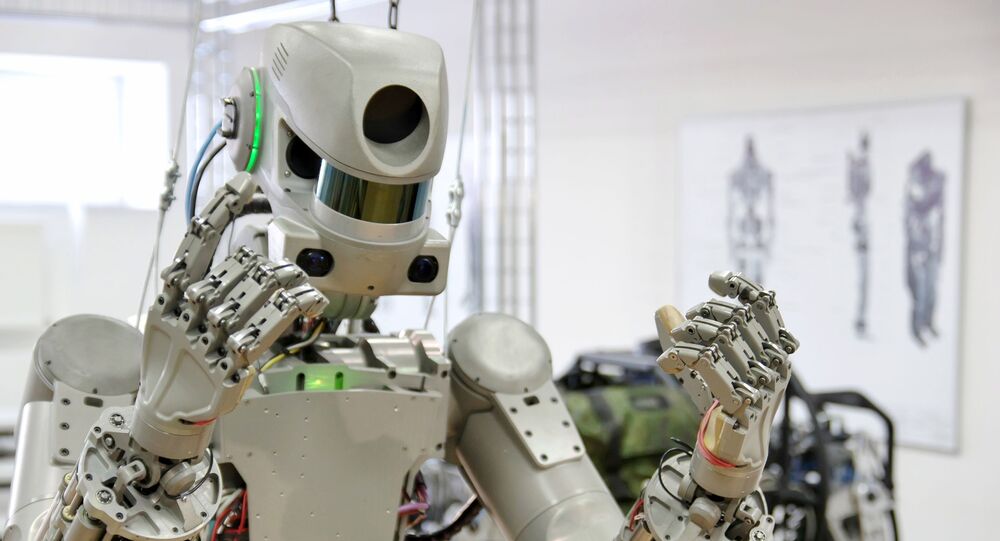 The “Fedor” robot (Final Experimental Demonstration Object Research) was developed by the Android Technology Company as well as the Russian Foundation for Advanced Research Projects, commissioned by Russia's EMERCOM. One of the fields of application of “Fedor” is called work in open space.

Russia's humanoid robot FEDOR, which will fly to the ISS, has been provided with voice assistant capabilities, according to Russian state space corporation Roscosmos.

The state corporation clarified that this was done to communicate with astronauts - so that the android could understand the questions and transmit data to the crew.

“Fedor” recently changed his name, now his name is Skybot F-850. It is scheduled to fly to the ISS on 22 August. After docking, the cyber-cosmonaut will be transferred from the ship to the Russian segment of the station, where it will perform tasks under the close watch of cosmonaut Alexander Skvortsov.