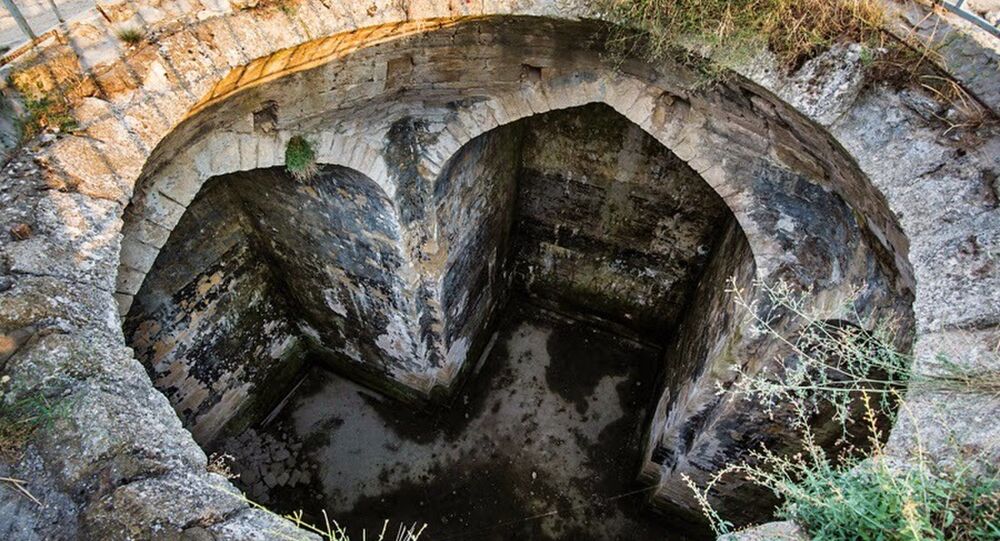 The underground structure is part of the ancient fortress of Naryn-Kala, a UNESCO cultural heritage site located in the town of Derbent in southern Russia’s Republic of Dagestan.

Scientists used the muon method of radiography to scan the 36-foot-deep (12 metres) structure located in the northwestern part of the Naryn-Kala fortification that back dates to around A.D. 300. The fortress itself is situated in the southern Russian republic of Dagestan.

© Photo : MISIS National University of Science and Technology
The fortress of Naryn-Kala in Derbent, Russia, dates back to around A.D. 300

The goal of conducting the scan was to help scientists determine the structure's 3D configuration given that "to date, the function of the building has not been understood: a reservoir, a Christian temple, or a Zoroastrian fire temple", according to a statement published on the MISIS website.

It took researchers at least two months to complete the scan after they placed muon detectors about 33 feet (10 metres) inside the structure and took meticulous measurements of what is now a UNESCO cultural heritage site.

After completing the scan, MISIS leading expert Natalia Polukhina remained downbeat regarding the reservoir theory to explain the object's function.

"It seems very strange to me to interpret this building as a water tank. In the same Naryn-Kala fortress, there is a similar underground structure, which is 10 meters deep, and it really is a tank. That is just a rectangular building. This unusual structure, in which we have placed our detectors, is cross-shaped, its orientation is strictly in keeping with the 4 cardinal directions, and one side is 2 metres longer than the others. According to the archaeologists who began excavations, "during construction, the building was entirely above the surface, standing on the highest point of the Naryn-Kala." What is the sense of putting a tank on the surface, and even on the highest mountain?", she noted, adding that "there are more questions than answers".

Scientists have, meanwhile, agreed to carry out a more detailed analysis in the future, to obtain a full-size 3D image of the mysterious building which they say will shed more light on how people used this building.