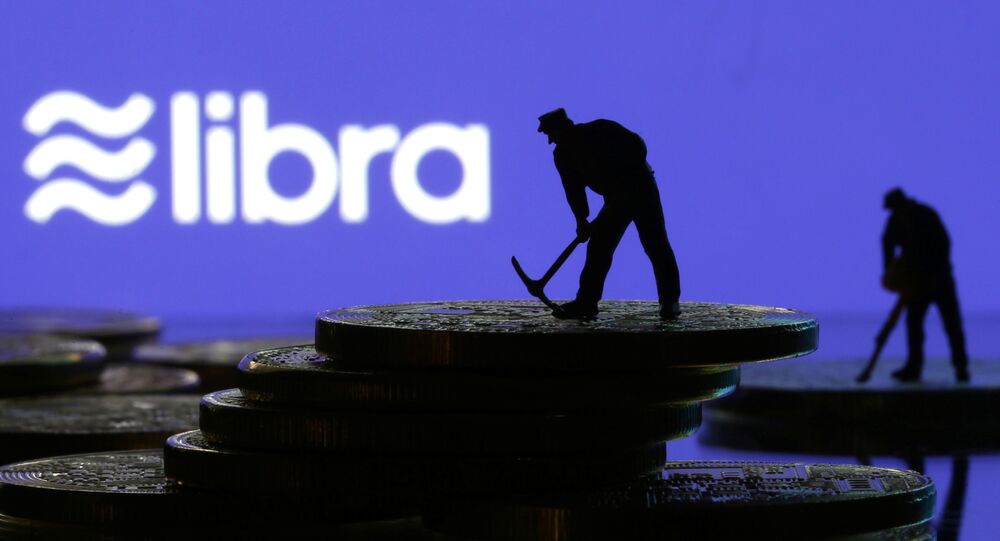 Facebook, which is expected to pay $5 billion in fines for violating privacy rules, is going to launch a new cryptocurrency, supported by big tech companies and backed by hard currencies. The offering has raised serious concerns among lawmakers over how it will be governed.

The Democratic majority on the House Financial Services Committee has drafted a proposal to prevent Big Tech from operating as financial institutions or issuing their own cryptocurrencies – a move that increases pressure on Facebook’s proposed digital coin, Libra.

As reported by Reuters, tech companies with annual global revenues of more than $25 billion violating such rules would face a fine of $1 million per day.

The so-called "Keep Big Tech Out Of Finance Act" legislation seeks to define what is considered a Big Tech company and to prevent them from operating “a digital asset that is intended to be widely used as medium of exchange, unit of account, store of value, or any other similar function”.

Facebook’s plans have also come under scrutiny by the Securities and Exchange Commission (SEC), the primary regulator of the US securities industry, according to The Wall Street Journal.

The commission is reportedly looking into whether Libra’s design could be seen as that of an exchange-traded fund – a basket of securities that can be bought or sold on stock exchanges, much like stocks.

If the regulator finds that Libra could operate as an exchange-traded fund Facebook would need its approval to launch the crypto payment service.

Facebook announced last month that it would launch its global cryptocurrency in 2020.

Libra would be governed by a consortium of Facebook and 28 partners, including Visa, Mastercard, PayPal, Uber, Lyft, and Spotify.

The proposed cryptocurrency has provoked criticism from US President Donald Trump, as well as a number of lawmakers and tech experts.

Trump argued that Libra would “have little standing or dependability”, and suggested that Facebook should register as a bank and submit to banking regulations.

....Similarly, Facebook Libra’s “virtual currency” will have little standing or dependability. If Facebook and other companies want to become a bank, they must seek a new Banking Charter and become subject to all Banking Regulations, just like other Banks, both National...

In order to protect Libra from price fluctuations, Facebook said it would be backed by “low-volatility assets, such as bank deposits and short-term government securities” in hard currencies.

But financial regulators still have concerns over whether Libra could be used for fraud without proper control.

He also said that the project should be halted until these concerns are thoroughly addressed.

This echoed previous comments by Democratic Rep. Maxine Waters, who chairs the House Financial Services Committee. She voiced concerns that "if products and services like these are left improperly regulated and without sufficient oversight, they could pose systemic risks that endanger U.S. and global financial stability”.

Waters also called for a moratorium on the development of Facebook’s upcoming digital coin. "I think we need time. I think that I would like them to support a moratorium, but we have got to find out exactly how far they've advanced at this point. There's a lot we don't know", she said.

Facebook representatives, along with executives of three other tech giants – Google, Amazon, and Apple – will appear before lawmakers for a hearing on antitrust rules on Tuesday. Libra is also expected to be discussed.