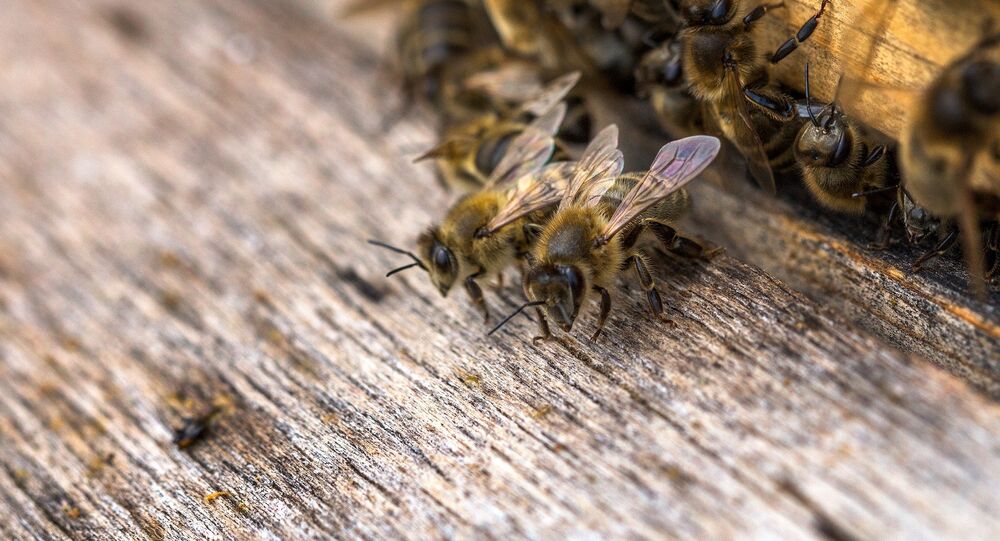 A 7.1 magnitude earthquake shook California last week, inflicting damage on infrastructure in the region, but luckily resulting in no deaths or major injuries. However, some of the western US state’s flying and buzzing inhabitants reportedly did become casualties, leaving at least one Californian unsettled.

A blogger from California, which was recently hit by the largest earthquake in at least 20 years, has shared videos of a “bee-calypse” right on the pavement in front of his house, as thousands of the buzzing insects fell dead, paralysed, or were left completely disoriented on the ground.

Twitter user Khalil Underwood with 314K followers tweeted right after the US state was shaken by the record-breaking tremors: “Bro we just had an earthquake and theres [sic] like 70 bees in my f**king driveaway on the floor buzzing!!!! WTF does that mean????????”

He later raised his estimation of the death toll from 70 to thousands, sharing footage showing the agony of the little victims, leading to debate in the comments.

I wasn’t exagerating or joking last night..... after the Earthquake thousands of bees were vibrating on the floor and dying.... this shit was so crazy to me. pic.twitter.com/qqCpBVhuyd

​Many offered their own explanations of the bees’ strange activity, pointing out that animals often change their patterns of behaviour during such natural disasters.

I believed you when natural disasters happen animals and insects are sensitive to it. Even more when it comes to the vibrations of an earthquake.

Found this link on bees & earthquakes. If they left a hive in a panic, they didn't feed before leaving, they would normally do if swarming. On going aftershocks & possible damage to hive have them disorientated & without food. I'm guessing though. https://t.co/GAfbg2h3XY

​“I just read that they abandon the hive during earthquakes, and return when it's over. The constant aftershocks could be keeping them from 'homing, which is probably not good”, one of the commenters wrote, sharing his insight, while another linked the bee deaths to changes in the Earth's magnetic field during quakes.

However, there were also those who suggested that the bees were behaving strangely because of chemical poisoning rather than the earthquake.

“This looked more like a chemical poisoning. A standard earthquake wouldn't have caused this”, one user, who described himself as a beekeeper, posted.

I'm a honey bee keeper. Couldn't tell if these were honeybees or bumblebees. Looked more like bumblebees.

Regardless, this looked more like a chemical poisoning. A standard earthquake wouldn't have caused this.

​California was hit by two earthquakes last week: a 6.4 magnitude quake on Thursday, followed by a 7.1 magnitude earthquake Friday night. The latter quake is said to be the largest to hit southern California in at least 20 years.

As the epicentres were in remote areas, no fatalities or serious injuries were reported. However, property damage included burning buildings, cracked asphalt in roads, railroad track obstructions, as well as leaking water and gas lines.

With seismologists warning of possible aftershocks and air temperatures expected to reach 38 Celsius over the next several days, officials are taking precautions, with the state’s National Guard deploying 200 troops, logistical support, and aircraft.