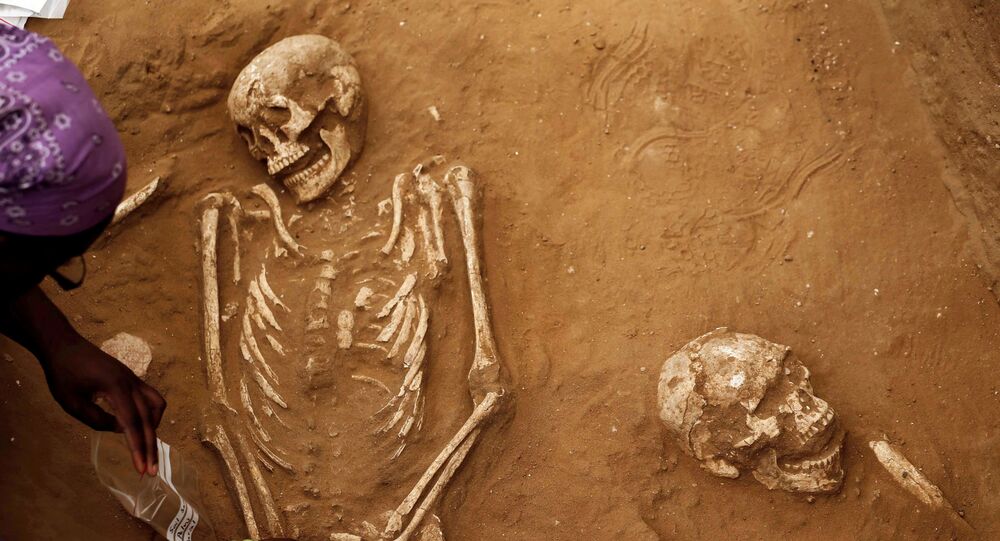 The discovery was made via the study of the remains of several people who used to live in the vicinity of Ashkelon, believed to be one of the core Philistine cities during the Iron Age, several thousand years ago.

Having conducted a study of “genome-wide data” belonging to people who used to populate the vicinity of the city of Ashkelon during the Bronze and Iron Ages, an international team of scientists was able to shed light on the origins of the people known as the Philistines, the biblical archenemies of ancient Israelites, Phys.org reports.

The team, led by researchers from the Max Planck Institute for the Science of Human History and the Leon Levy Expedition, has determined that a "European-derived ancestry" was introduced to that particular region "around the time of the Philistines' estimated arrival", which led the scientists to believe that the ancestors of the Philistines migrated from across the Mediterranean and reached Ashkelon by the early Iron Age.

According to the media outlet, the study, a culmination of three decades worth of archaeological work and genetic research, thus postulates that the Philistines' advent in the region "involved a movement of people from the west during the Bronze to Iron Age transition".

"This data begins to fill a temporal gap in the genetic map of the southern Levant", said Johannes Krause of the Max Planck Institute for the Science of Human History, senior author of the study. "At the same time, by the zoomed-in comparative analysis of the Ashkelon genetic time transect, we find that the unique cultural features in the early Iron Age are mirrored by a distinct genetic composition of the early Iron Age people".

The research was conducted on genetic data retrieved from the remains of 10 individuals who lived in the Ashkelon area during the Bronze and Iron Ages (between 2,800 to 3,600 years ago).