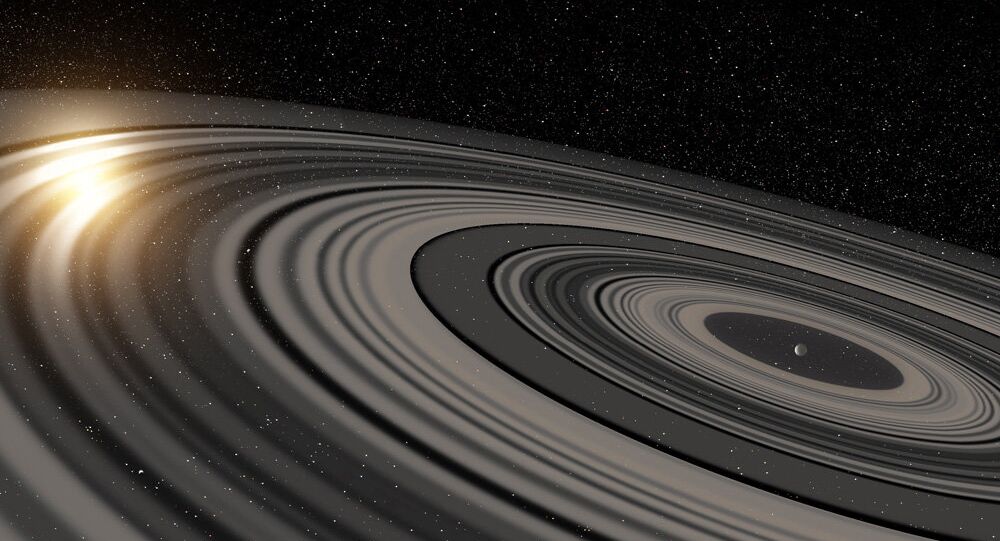 Enceladus, Saturn’s sixth-largest moon with a surface of predominantly fresh, clean ice, had been a mystery until the two NASA Voyager spacecraft passed near it in the early Eighties.

Saturn, the sixth planet away from the Sun and the second-largest in the Solar System, has several moons orbiting it and may be hiding alien life below its surface after NASA discovered that “all the ingredients are present”, popular scientist Brian Cox revealed in his new BBC documentary “The Planets”.

The scientist was referring to Enceladus, Saturn’s sixth-largest moon, which little had been known about before two NASA Voyager spacecraft passed by it in the early 1980s. However, a stunning discovery was made 25 years later, says Brian Cox in the documentary.

NASA’s Cassini probe came within 30 miles of the surface of Enceladus in 2005, discovering the south polar region was venting water-rich plumes, with cryovolcanoes projecting geyser-like spurts of water vapour, molecular hydrogen, other volatiles, and solid material, including sodium chloride crystals and ice particles, into space.

The expert went on to reveal why scientists were amazed at the discovery:

“Cassini has given us a glimpse beneath the ice of Enceladus and it is genuinely fascinating in a scientific sense because many biologists believe that hydrothermal vents like those are almost certainly present on the floor of Enceladus and they were the cradle for life on Earth.

“All the ingredients are present, there’s hot water in touch with ice and minerals that’s a reactive caldron of chemistry. There are reactive gases – methane – and Cassini found molecular hydrogen in the plumes and that was one of the food sources of primitive organisms on Earth. So there really is a possibility there is life in orbit around Saturn today.”

However, putting a damper on the overly enthusiastic response to the find, Brian Cox breaks it down for viewers in the documentary, adding:

“The prospect of life on Enceladus is exciting, but if it is there, it’s likely to be only the simplest and most primitive of organisms. And given how violent and changeable Saturn’s past has been, this world of ice and liquid water may only have arisen relatively recently. But if there is life, then we can glimpse its future because there are still hydrothermal vent systems present on Earth today and life doesn’t just survive there, it thrives.”

In the same series the scientist answered queries regarding Venus and the likelihood of it also being home to basic forms of life.

Although Venus is the hottest planet in the Solar System, with a raging surface temperature of 500C, Cox revealed things were quite different a few billion years ago.

“At the time when life was just about beginning on the Earth, three-and-a-half to four billion years ago, the Sun was fainter and that means that Venus was cooler,” said Cox.
According to the scientist, the temperatures on Venus back then would have been reminiscent of a lovely spring day on Earth.

“Within a few million years of its formation, the surface of Venus had cooled and the planet found itself at just the right distance from the faint young Sun for Venus to experience a sight familiar to us here on Earth.”

“The planet’s atmosphere allowed it to hold on to the oceans by acting as a blanket, keeping the surface temperate thanks to the greenhouse effect,” Cox told viewers.

The Planets is a 2019 BBC television documentary series hosted by Professor Brian Cox that takes viewers on a fascinating journey across the Solar System, using extensive computer-generated imagery and footage from space missions.

The five episode series - a partnership between BBC Studios and the Open University - examines each planet in detail, looking at the diverse scientific theories and hypothesis about the formation and evolution of the Solar System.