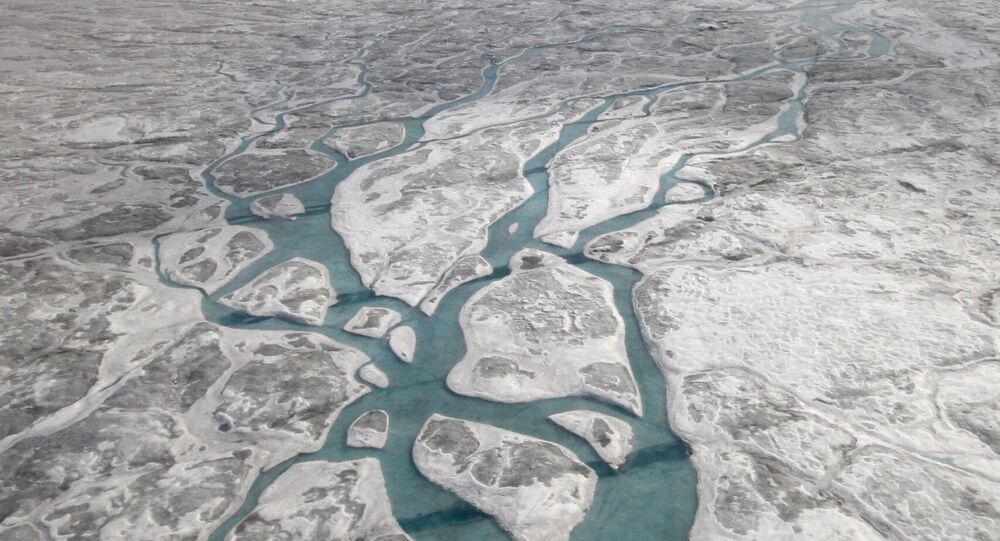 One of the scientists who made the discovery noted that little is known so far about the behaviour of subglacial lakes in Greenland, and that the team's findings may help improve the understanding of the island's ice sheet's “basal thermal state”.

Some 56 previously uncharted subglacial lakes hidden beneath the Greenland Ice Sheet have been recently discovered by scientists, Phys.org reports, noting that this find puts the total number of such known lakes to 60.

As Stephen J. Livingstone from the University of Sheffield explained, the lakes identified by the science team tend to “cluster” in eastern and northern parts of the island.

"These lakes could provide important targets for direct exploration to look for evidence of extreme life and to sample the sediments deposited in the lake that preserve a record of environmental change", he explained.

Study lead Jade Bowling of the Lancaster Environment Centre, Lancaster University, also noted that while scientists have a "good understanding" of Antarctic subglacial lakes "which can fill and drain and cause overlying ice to flow quicker", little has been known until now about "subglacial lake distribution and behaviour beneath the Greenland Ice Sheet".

"This study has for the first time allowed us to start to build up a picture of where lakes form under the Greenland Ice Sheet. This is important for determining their influence on the wider subglacial hydrological system and ice-flow dynamics, and improving our understanding of the ice sheet's basal thermal state", she said.

The length of the lakes uncovered by the science team ranges from 0.2km to 5.9km, with most of them appearing "relatively stable", the media outlet adds.