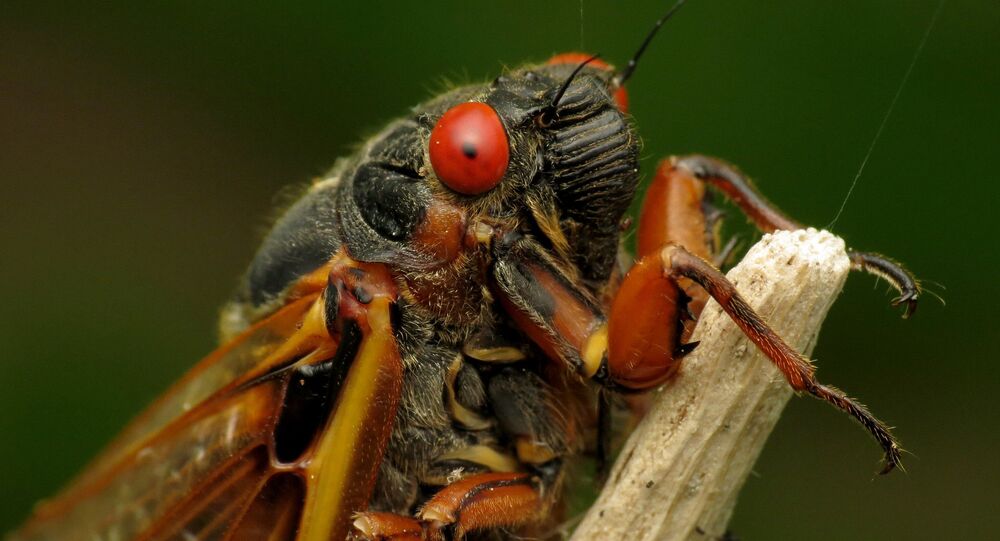 Horrified researchers observed how cicadas, a common insect species now found on every continent except Antarctica after recently migrating to North America, frantically attempted to spread a fungal disease sexually even after the fungus had consumed their genitalia.

Biologists from West Virginia University have discovered a bizarre fungal parasite which produces a set of hallucinogenic substances and prompts their buzzing victims to become "zombie-like fliers" attempting to mate with everything that moves even after the fungus had eaten away at their genitals and posteriors, Science Daily has reported.

"They're only zombies in the sense that the fungus is in control of their bodies," Dr. Matt Kasson, a plant and soil scientist and one of the coauthors of the study, explained.

The deadly fungus, known as Massospora, is said to contain a toxic psychoactive substance similar to that found in hallucinogenic mushrooms which causes male cicadas to continue flying and writhing around and mindlessly trying to infect others, including other males, long after the fungus has begun destroying their bodies. Spores known as conidia are spread from the flies' posterior during mating and flight.

Cicadas are thought to be infected by the fungus during their long years underground in their larval stage, which can last over a decade. They later emerge to the surface for a several-week period before dying.

The fascinating but somewhat horrifying discovery is a fresh example of the phenomenon of parasites hijacking the behaviour of their hosts. Earlier, scientists discovered that toxoplasma, a common parasite found in under-cooked, contaminated meat and infected cat feces, has the potential to 'reprogram' the minds of both humans and mice, making the former more prone to suicidal tendencies, and the latter fearless in the face of existential danger.

Dr. Kasson and his team's next step will be to re-sequence the fungus's genome and to analyse its behaviour at the genetic level on healthy and infected cicadas.

"We anticipate these discoveries will foster a renewed interest in early diverging fungi and their pharmacologically important secondary metabolites, which may serve as the next frontier for novel drug discovery," Kasson said.

The team's research will be published in the October 2019 edition of Fungal Ecology academic journal and can be found here.