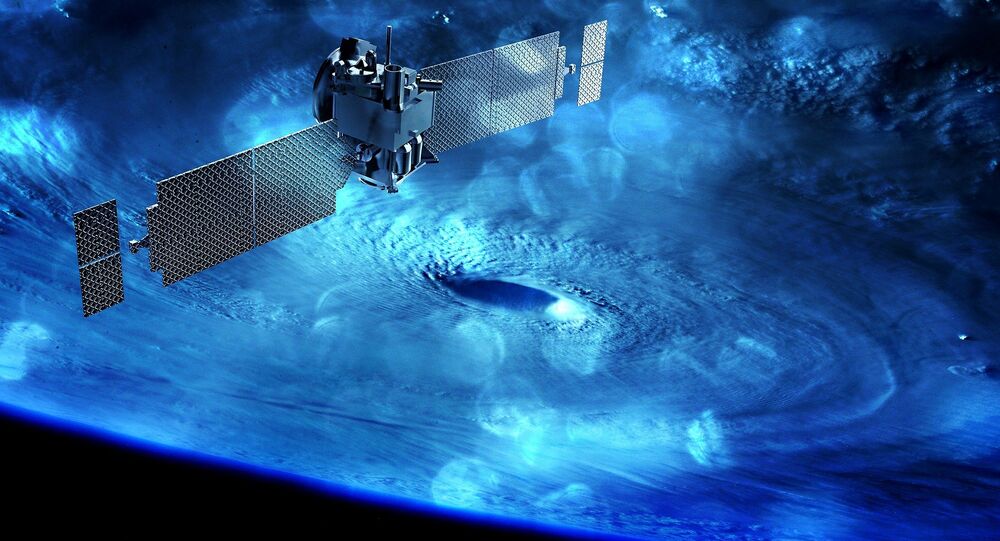 On planet Earth, water molecules stick to tiny grains of sea salt or dust blown into the air to form white clouds. However, when it comes to Mars, the presence of mid-atmospheric clouds has long remained a mystery to scientists.

New research published 17 June in the journal Nature Geoscience suggests that the thin Martian clouds that have long baffled scientists may be formed due to specks of dust from destroyed meteors.

The intriguing discovery may hold the key to explaining how wispy, cotton candy-like clouds grow in the middle atmosphere of the Red Planet.

Motherboard Mysterious Clouds on Mars Formed by ‘Meteoric Smoke,’ Study Says: Scientists have identified a kind of cloud on Mars that has been neglected in past climate models. https://t.co/CyR4I2nFAh #Mars #climate #clouds #Meteor #dust Via @motherboard pic.twitter.com/bw084VAIEg

A graduate student at the University of Colorado Boulder and lead author on the new paper, Victoria Hartwick, said: “Clouds don't just form on their own.”
“They need something that they can condense onto.”

According to the scientists, on Earth, water molecules adhere to tiny grains of sea salt or dust blown into the air to form clouds.
However, the presence of mid-atmospheric clouds on Mars, which has no sea salt, left experts perplexed, although earlier studies had hinted that meteoritic smoke, the residue of destroyed meteorites, may have had a hand in building clouds near Earth's poles.

Building on that theory, Hartwick and her team set themselves the task of determining if this meteoritic smoke could similarly create the clouds apparent in the middle atmosphere of Mars, below other known types of clouds.

“Our model couldn't form clouds at these altitudes before [we included meteorite impacts]," Hartwick said.
“But now, they're all there, and they seem to be in all the right places.”

Hartwick and her colleagues combined data taken from NASA's Mars Atmosphere and Volatile Evolution (MAVEN) satellite with computer simulations that replicated the flows of the planet's atmosphere.

The simulations successfully showed that including meteoritic smoke created clouds and conditions similar to those on the Red Planet.
Each day 2 to 3 tonnes of mostly small meteorites impact the Martian atmosphere. As they are destroyed in their passage through the atmosphere, they release dust into the air.

“More and more climate models are finding that the ancient climate of Mars, when rivers were flowing across its surface and light might have originated, was warmed by high-altitude clouds,” said study co-author Brian Toon.
“It is likely that this discovery will become a major part of that idea for warming Mars,” he concluded.

Science has already unlocked many mysteries pertaining to ancient Mars, which was reportedly somewhat of a paradise with waterfall cascades and rivers.
While how exactly the planet lost its water remains an open question, the current new research could be instrumental in revealing information not only about the weather conditions on present-day Mars but also about the planet's past climate.