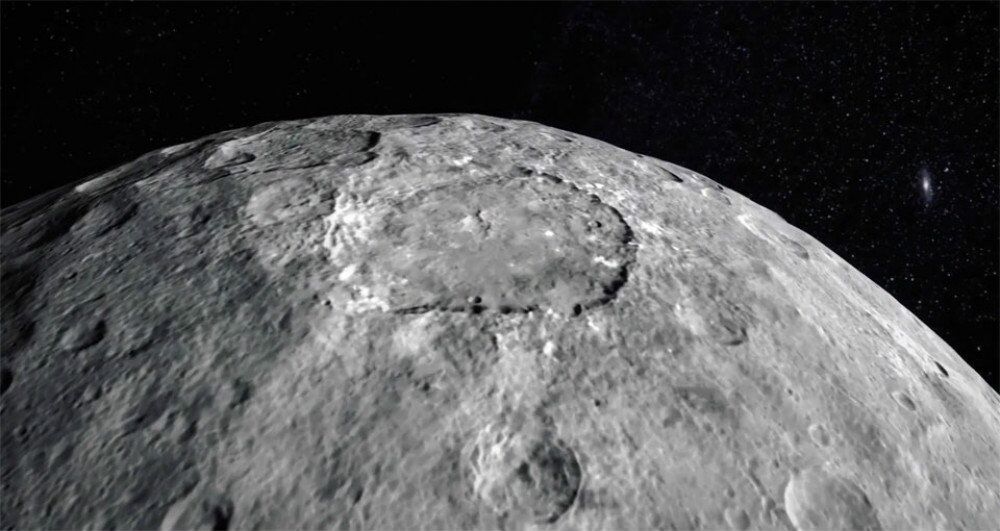 Having examined data supplied by a NASA robotic spacecraft, scientists also discovered a plume “unlike any other documented up to date” which extends from the planet’s mantle into the dome.

Evidence uncovered by an international team of researchers has allowed them to determine the likely composition of a large dome located on the surface of Ceres, a dwarf planet in the asteroid belt, according to phys.org

© NASA . NASA/JPL-Caltech/UCLA/MPS/DLR/IDA
Dawn Probe Finds More Evidence of Subterranean Ocean on Dwarf Planet Ceres
Having analysed data supplied by NASA spacecraft Dawn, the scientists now believe that the dome in question – a four-kilometre-high and seventeen-kilometre-wide named Ahuna Mons – is made of slurry, “a mix of salty brine and solid particles”.

Further study of the data provided by Dawn led to the discovery of evidence of a plume “unlike any other documented to date, and thus is a novelty in the solar system”, which extends from Ceres’ mantle into the dome above it, and which possibly carried slurry up into the area where the dome was formed, the website notes.

The scientists also observed that the dome was created “perhaps just a couple hundred million years ago”, as it has very few craters.