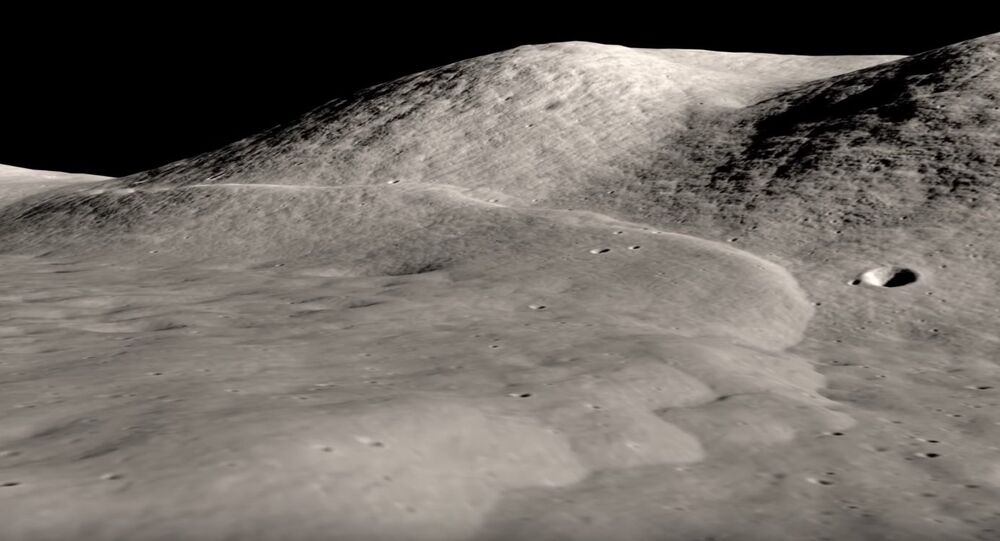 An unexpectedly massive patch of metal under the surface of the moon's South Pole-Aitken basin could be as big as the Hawaii Island, new research suggested.

The new hypothesis is based on data from NASA's Gravity Recovery and Interior Laboratory (GRAIL) and Lunar Reconnaissance Orbiter missions. Scientists combined the two types of data and saw a mismatch between the surface topography and the gravitational tug of the moon, according to a paper published April 5 in the journal Geophysical Research Letters.

"Imagine taking a pile of metal five times larger than the Big Island of Hawaii and burying it underground," study lead author Peter B. James, a geoscientist at Baylor University in Texas, said in a statement. "That's roughly how much unexpected mass we detected."

The research relied on two key missions in NASA's moon-exploration list. The GRAIL mission included two spacecraft, which spent more than a year orbiting the moon, with each spacecraft using the other to map the gravitational tug of the moon. The Lunar Reconnaissance Orbiter has spent nearly 10 years at work and has made billions of measurements of the precise height of the moon's surface.

© NASA
NASA Chief Clarifies Trump's Tweet, Says ‘Nothing Has Changed’ With Moon, Mars Plans
The South Pole-Aitken basin is a massive crater stretching 1,240 miles (2,000 kilometres) across the far side of the moon, making it the largest crater planetary scientists know of to date. As the name implies, it's located near the South Pole of the moon as well, and experts believe it was created perhaps 4 billion years ago.

The team saw an increase in the gravitational tug of the moon roughly lining up with the neighbourhood of the South Pole-Aitken basin, suggesting that this anomaly could be tied to the crater.

“One of the explanations of this extra mass is that the metal from the asteroid that formed this crater is still embedded in the moon's mantle," James said.

Another possible explanation for the anomaly, the researchers wrote, is that the area is rich in oxides, which likely would have formed as the moon's ancient magma ocean cooled and solidified. Yet its size and the fact that the anomaly appears to be located about 186 miles (300 km) down also offers scientists an intriguing idea: the moon's insides can't be all that gooey; if they were, the moon's gravity would pull the massive patch into the lunar centre.