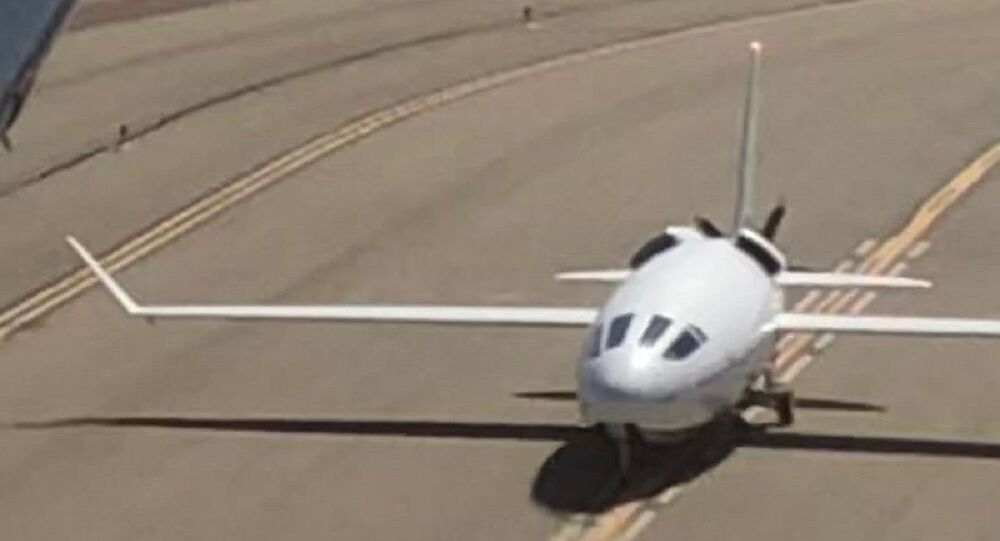 The mysterious plane was first spotted back in 2017, but throughout the decade of its development, constructors have maintained a shroud of secrecy around the project, revealing next to no details about the potentially revolutionary aircraft.

The "bullet-shaped" Celera 500L, a mysterious pusher-propeller plane by Otto Aviation, was spotted doing high-speed taxi tests at the Southern California Logistics Airport near Victorville, US, The Drive reported. According to the magazine, the test may indicate that the plane is finally preparing for its maiden flight after around a decade of development in total secrecy.

Strange aircraft sighting today on my #NASA #KingAir approach to Rwy-17. This is apparently a Celera 500L, experimental pusher prop plane - #N818WM doing some high speed taxi testing. Very cool. Oh and a look at the grounded #737max jets also at #SCLA #KVCV. I love planes. So does @hermanposada , my cohort!

The magazine noted that the plane has revamped wings since it was last seen in 2017, getting winglets at the tips. Celera 500L also apparently received a new propeller, an aerodynamic spinner and combined air intakes and exhausts. The latter will be used not just to redirect the exhaust, but to also give the plane additional propulsion by mixing gases with heated cooling air, according to the aircraft's patent documents.

The Drive indicated that the plane, if what patents say is true, may be revolutionary for commercial air transportation. The declared fuel efficiency is up to 10 times better than those of comparable light passenger aircraft with altitude ceilings reaching up to 65,000 feet (around 20 kilometres) as opposed to around 30,000 feet (9 km) usually seen for this type of plane.

Such high efficiency combined with an ability to take off even from the short runways of small airports will allow Celera 500L to turn the existing “hub-and-spoke” commercial aviation model upside down, The Drive stressed citing the patent documents. Right now, airlines use big airports as hubs to join smaller ones as direct flights between minor airports have proven to be economically inefficient due to high costs and half-full airplanes on such routes.

However, if the Celera 500L proves to be more efficient than regular light passenger planes, while providing the same or even greater ranges and comparable capacity and passenger comfort, the situation might change, The Drive indicated.

Still, few details are known so far about the plane itself. The US Federal Aviation Administration approved Celera 500L’s airworthiness in February 2019 and in its documents indicated that it uses a Raikhlin Aircraft Engine Developments (RED) A03 V12 engine, which are currently used on Yakovlev Yak-152 trainer aircraft for the Russian Air Force. At the same time, initial patent designs have suggested the use of a twin-engine powered propeller and it's unclear if Otto Aviation ditched that idea or not.

Another unknown is if the Celera 500L is merely proof of a new type of aircraft or if it will eventually be turned into a full-fledged passenger airplane. The patent design shows a variant of the plane featuring windows and an emergency exit normally found on passenger planes, The Drive pointed out. The company developing the Celera has been silent about its plans through the course of the aircraft’s development, leaving aviation enthusiasts and media guessing about the plane's planned capabilities and its purpose.