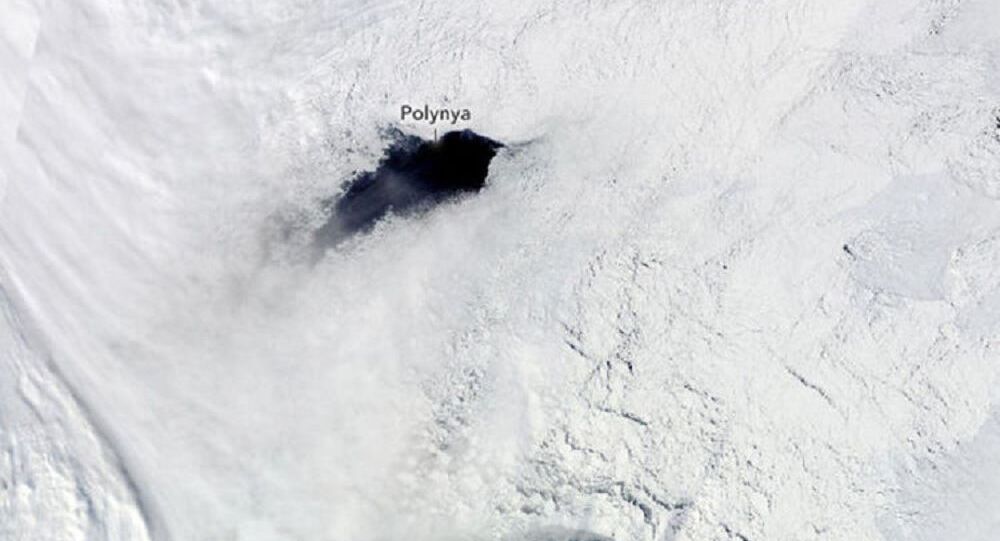 A number of satellite images appear to have shed some light on strange holes that seasonally appear here and there across the South Pole and the purpose they possibly serve.

When the first aerial images of Antarctica emerged in the early 1970s, scientists spotted an odd hole in the ice crust during the winter there, which bizarrely disappeared when summer set in. The mystery has remained unsolved ever since, with scientists racking their brains as to what the hole could possibly indicate.

© NASA . JPL-Caltech
Scientists Discover Comet As Old As Solar System Inside of Asteroid in Antarctica

During the winter of 2017-2018 in Antarctica, it strangely popped up in the region again, its size estimated to be 3,700 square miles, but only to vanish into thin air once more. However, researchers now believe they might have found an answer to the mysterious emergence and disappearance.

Upon analysing a series of satellite images, scientists at New York University Abu Dhabi (NYUAD) have come to believe that the holes, known as polynyas, could be the result of cyclonic storms in Antarctica, which typically bring in warm air and 50-foot waves capable of rocking the ice and shoving it in all directions.

While the polynyas appear bad, they serve a functional purpose, being frequently used as pathways for seals and penguins, as well as an indicator of climate change, if any.

To illustrate the point, NYUAD atmospheric scientist Diana Francis commented on the fresh study published in the Journal of Geophysical Research:

“Once opened, the polynya works like a window through the sea-ice, transferring huge amounts of energy during winter between the ocean and the atmosphere”, she remarked, going on to state that large polynyas are notably capable of impacting the climate both regionally and globally “as they modify the oceanic circulation”.

Francis also pointed out that given the worsening rate of climate change and cyclones increasing in their regularity, polynyas are set to be on an upward trend, growing bigger with time under warmer climatic conditions.