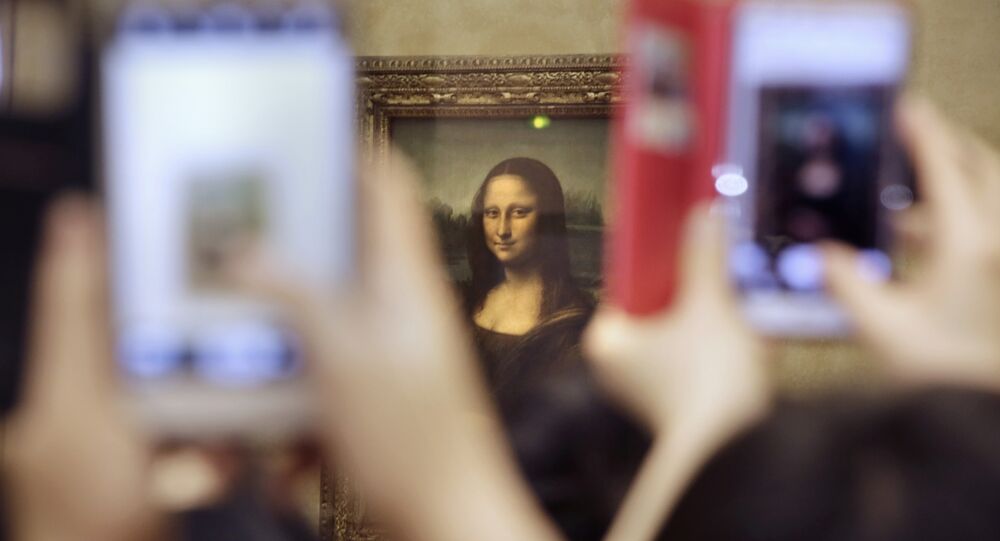 Leonardo Da Vinci’s masterpiece, dating back to the 16th century, has evolved into one of the world’s most recognisable works of art. For decades, scientists, historians, and art lovers have debated about the story behind the portrait and tried to decipher her enigmatic lopsided smile. The latest revelations were made by US neurologists.

An international team of researchers has suggested that Mona Lisa’s famous grin was fake and forced, The Sun reports. The group arrived at the conclusion after studying the asymmetry of the famous smile.

"Our results indicate happiness is expressed only on the left side. According to some influential theories of emotion neuropsychology, we here interpreted the Mona Lisa asymmetric smile as a non-genuine smile - also thought to occur when the subject lies", the lead researcher from the University of Cincinnati, neurologist Dr Luca Marsili, told the outlet.

They came to this conclusion after surveying 42 volunteers, whom they showed two edited images of Mona Lisa’s smile, mirroring either the left or the right side. They were asked to suggest which emotions the pictures displayed.

Most of the respondents (92.8 percent) concluded that the left half conveyed happiness. This strikingly differed from their account of “the right side” images, as volunteers perceived neutral, disgusted, or sad expressions. The researcher also claimed that in contrast to a genuine smile, which makes muscles around eyes to contract, these are not active in Mona Lisa’s portrait.

Marsili suggested that a simple explanation could be possible, that she just smiled asymmetrically, indicating “untrue enjoyment” because of sitting motionlessly for hours posing, which could be tiresome “in spite of all the efforts Leonardo's jesters used to make in order to keep his models merry”.

Another theory is that the renowned grin could conceal cryptic messages, if the Renaissance genius was aware of the effect of the asymmetry. For instance, if he meant to hint that this was a self-portrait or a picture of a dead woman.

"An alternative intriguing possibility, however, is Leonardo already knew the true meaning of asymmetric smile more than three centuries before Duchenne's reports and deliberately illustrated a smile expressing a 'non-felt' emotion”, the researcher suggested.

However, the team acknowledged that his true message “remains elusive”, but expressed hope that emotion neuropsychology will help to elucidate these mysteries.

The legendary Renaissance artist began the Mona Lisa in 1503 but never finished it. Born in Florence in 1479, Lisa Gherardini is thought to have posed for the painting. The portrait is believed to have been commissioned by her husband, Francesco Del Giocondo, to celebrate the birth of their son in 1502.