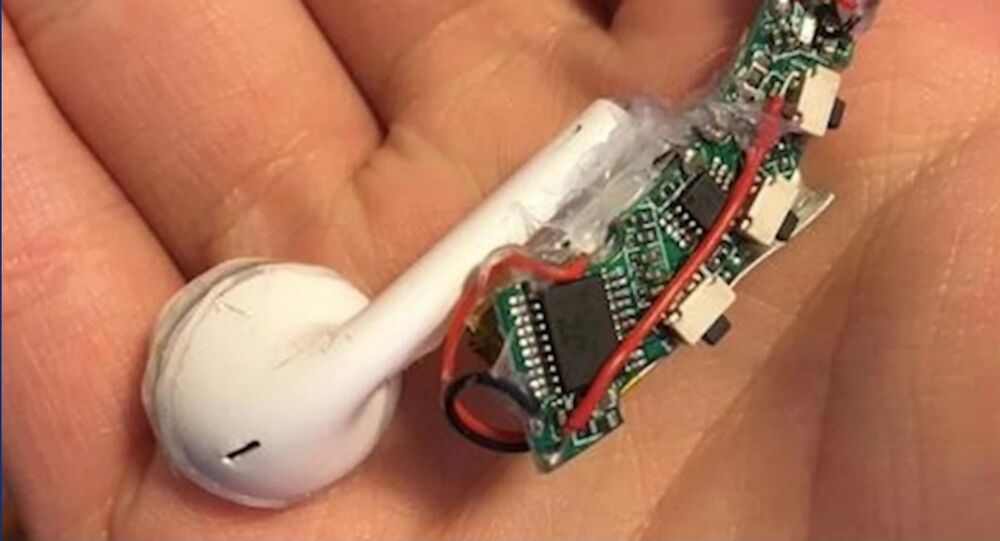 15-Year-Old Made His Own Working DIY AirPods for $4

While AirPods can scare customers off with their high price of $160, 15-year-old Sam Cashbook said he managed to build his own pair of DIY wireless earbuds by hacking them together using an old pair of wired Apple headphones and some hot glue.

Cashbook told Vice’s Motherboard that he decided to make his own wireless headphones when he saw how his friend got a new pair of AirPods for his birthday. The teen thought to himself, “that’s quite a lot of money for something I can make at home.”

Cashbook started watching videos of people making their own AirPods, but mostly found people chopping the wires off of Apple headphones as a joke. He ended up buying a hands-free bone conduction headset from eBay (which transfers the sound vibrations from the bones outside your ear to the inner ear), and took apart the casing to reveal the electronics. After that, he desoldered the wires from the original speaker in the headset and connected his old Apple earbud speaker to the headset's printed circuit board.

"I replaced the battery with something a little bigger and hot glued it all together (definitely not the best approach)," he said, noting that his version of AirPods was “a little uglier, but work well.”

The set has buttons for power, pausing music, volume controls and skipping tracks, and the battery is rechargeable.

"This project was really fun and only cost me around four dollars, and helped me improve my soldering skills for smaller components," he said. "I encourage people to make cool things like this!"

From DIY Aircraft to Lamborghini: What Else Average Chinese Can Craft at Home

DIY: Ankara Should Give EU $6.6Bln to Take Away Refugees – Opposition Party