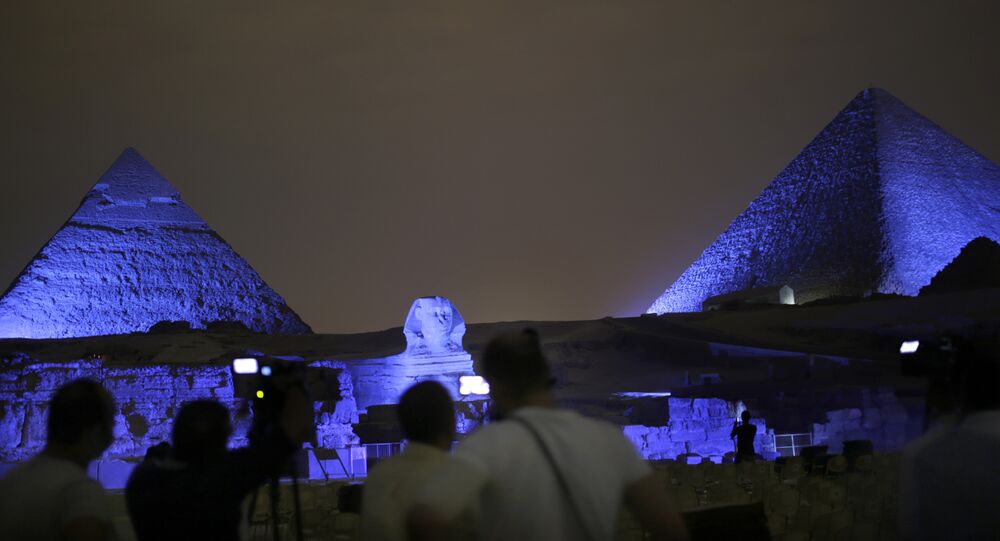 The Giza pyramids have always intrigued visitors, with anyone even on a brief visit to Egypt dropping in to Cairo to see the stunning Great Pyramid of Khufu. However, little has been known about how the massive stones were stacked one upon another with no lifting equipment known at the time, let alone the person behind the grand project.

According to a new documentary, Egypt’s iconic Giza pyramids were designed by Imhotep, an architect of one of the most known and influential pharaohs of all time, Pharaoh Djoser, who boasts a flamboyant burial chamber.

Filmmaker and Egyptologist Curtis Ryan Woodside visited a museum “named after the architect of the Step Pyramid for Pharaoh Djoser” during Amazon Prime's “Egypt Through the Ages”, which specifically brings up the Imhotep Museum in today’s Egypt.

“As you walk in, it’s so amazing, you’re greeted by a little statue of Imhotep, but all we have is his feet at the bottom and his name [inscribed]”, he described the sight, moving on to detail the man’s role under the ruling pharaoh:

“He was a physician, an architect and an advisor to Pharaoh Djoser in the third dynasty when Djoser decided he wanted to change from the traditional mastabas tombs to have something a bit grander”.

The Egyptologist further proceeded by specifying how mastabas, bench-like structures where well-off Egyptians were buried during the Early Dynastic Period, were further developed into the towering pyramids looking the way they do today.

Having conceived the design of stacking mastabas on top of each other, creating the “steps” of a construction, he thereby came up with the first ever pyramid – the so-called Step Pyramid, built in 2620BC, during the Third Dynasty.

Woodside then revealed how Imhotep’s name became lost in history, stressing, however, his utmost importance to the ancient Egyptians, due to his invaluable medical inventions.

Along with  having “been celebrated up until the Ptolemaic times for being the inventor of architecture”, the “amazing man” invented a variety of healing methods that are still widely used today, Woodside remarked, adding that it is a shame researchers have so far been unable to locate his own burial place.

In the same series, Woodside shed light on why a number of Egyptian tombs have false doors on them, arguing during his Amazon Prime show that the fake entrances that formed a real maze inside the tombs were probably intended to fully resemble real ones and were specially designed for “the spirit” to pass between the earthly life and afterlife.

Visiting the tomb of Unas, the ninth and last ruler of the Fifth Dynasty of Egypt during the Old Kingdom, the filmmaker detailed the way women would possibly come to the false door and write what they thinking, including about their husbands, for “the spirit to come and read it”.