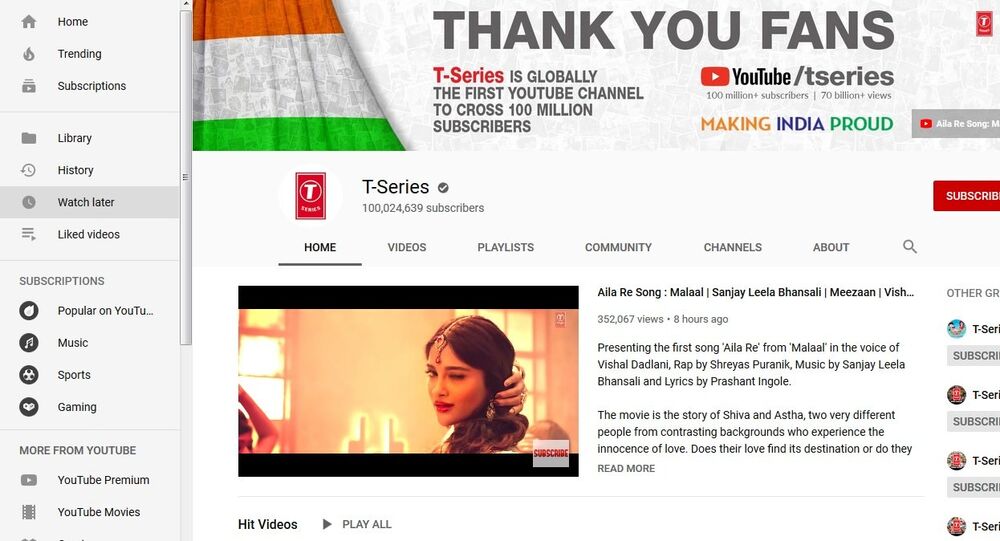 After weeks of neck-and-neck battle between PewDiePie and T-Series, the latter appears to have finally overtaken Pewds’ six-year reign as the most popular YouTube channel.

At third place in the rating is the 5-minute Crafts channel, which only has 40 million subscribers.

​READ MORE: Vlogger Reveals How PewDiePie Got on YouTube's 'Naughty List' in the US

In March, T-Series briefly overtook PewDiePie in its number of followers. The battle between the two channels started in August 2018, with the struggle becoming so tough that Kjellberg's fans even bought ads in Times Square in New York calling on people to subscribe to the Swedish YouTuber.

During the struggle, the YouTube channels of PewDiePie and T-Series each grew by around 30 million subscribers.