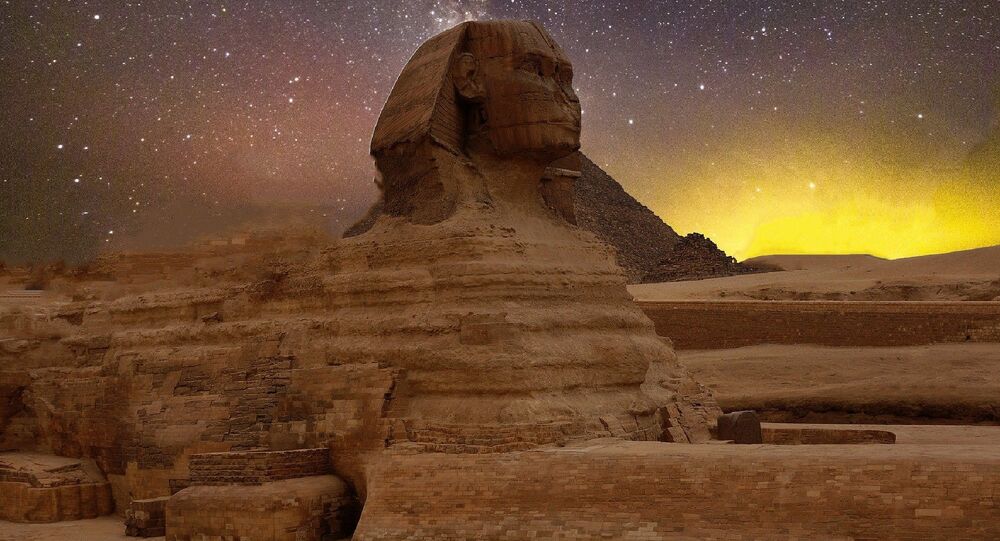 Grave robbers possibly sneaking into Egypt’s gigantic landmark pyramids 4,500 years ago have stirred the curiosity of multiple researchers, but it appears the fake doors in their inner premises have nothing to do with the rogues.

It seems that the ancient Egyptians’ concerns about much feared intrusions were more than real, given the inclusion of fake tunnels and doors, a maze of entrances and disguised passages, traps and curses into the design of the iconic structures. However, there could be another reason for, at least, the false doors being part of the interior of the great ancient civilisation seen at El Giza, just outside Cairo, continue to draw tourists like a magnet.

During his Amazon Prime show “Egypt Through the Ages”, filmmaker and Egyptologist Curtis Ryan Woodside revealed that the fake entrances the Egyptians eagerly built were intended to fully resemble real ones, but they were specially designed for “the spirit to pass between this life and the afterlife”.

“They believed the spirit could come in and out and Unas’ wife had a very nice false door”, the documentary-maker commented on the tomb of Unas, the ninth and last ruler of the Fifth Dynasty of Egypt during the Old Kingdom in the latest part of his film, going on to specify how a variety of hieroglyphs ended up on the door surface.

“And actually with the false doors, a lot of the time, women would write down little letters if they were angry with their husbands or they wanted help on something”, Woodside said noting that even the colours of the messages intended for the spirits are in part preserved.

“You can still see the colour on here, you can see it was red and the eyes still have makeup”.

Earlier this month, Channel 4’s documentary titled “Egypt’s Great Pyramid: The New Evidence” focused on remarkable findings by archaeologist Pierre Tallet, who luckily stumbled upon a number of ancient papyrus scrolls in a cave in Wadi al-Jarf, later dubbing the discovery “the oldest and completely preserved papyrus ever found in the world”.

According to Dr Tallet, who spent almost four painstaking years trying to decipher the papyrus inscriptions, the unearthed document provides “precious” first-hand information, recounted by a man called Merer, an overseer of a cargo boat. The document told the curious public about “a daunting job of transporting the pyramid’s precious white casing stones along the River Nile”, with boatmen making two to three round trips along the river every ten days during the summer and autumn months.