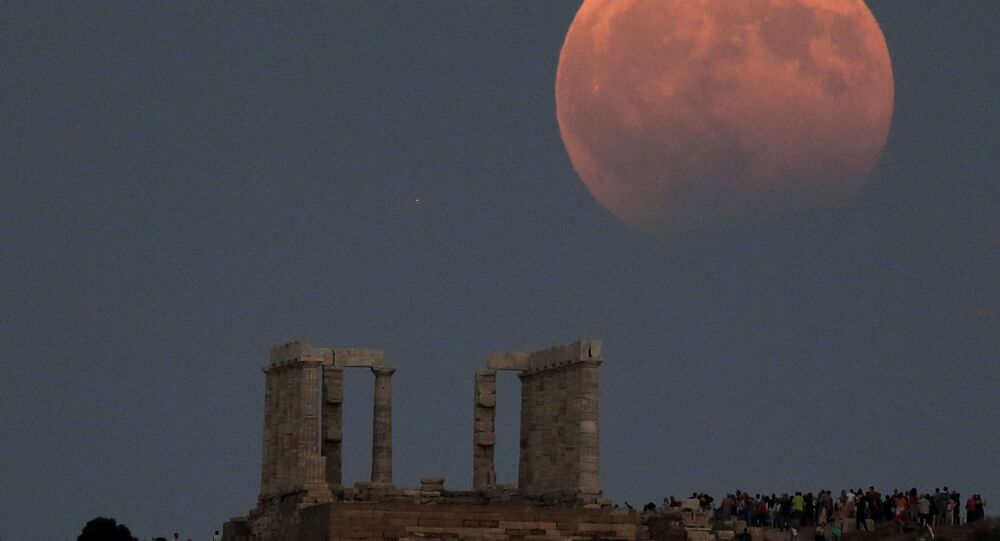 If you watched the most recent lunar eclipse on January 21, 2019, you likely also saw a flash on the darkened moon - according to two astronomers, that was a space rock striking the lunar surface at 38,000 mph.

If you're disappointed you missed it, fret not! Professor Jose Maria Madiedo of the University of Huelva and Dr. Jose L. Ortiz of the Institute of Astrophysics of Andalusia are the operators of the Moon Impacts Detection and Analysis System (MIDAS), an eight-telescope system that records footage of the moon, and it captured the moment of impact.

"Something inside of me told me that this time would be the time," Madiedo said in a statement.

"It would be impossible to reproduce these high-speed collisions in a lab on Earth. Observing flashes is a great way to test our ideas on exactly what happens when a meteorite collides with the moon," Madiedo said.

A study published in Monthly Notices of the Royal Astronomical Society on April 27 found that a bright flash seen during the most recent lunar eclipse was produced by a meteorite striking the moon's surface.

A lunar eclipse is when the moon passes directly behind the Earth in relation to the sun, resulting in its temporary darkening by the Earth's shadow. That's what made the flash of the impact so visible — the scientists calculated it could be seen with the naked eye.

Madiedo and Ortiz wrote in their findings that the rock was about 45 kilograms in mass and one to two feet across. When it struck the lunar surface, though, it was going almost 38,000 mph (61,000 kph), heated up to a temperature of 9,750 degrees Fahrenheit (5,400 degrees Celsius) and excavated a crater 33 to 50 feet in diameter.