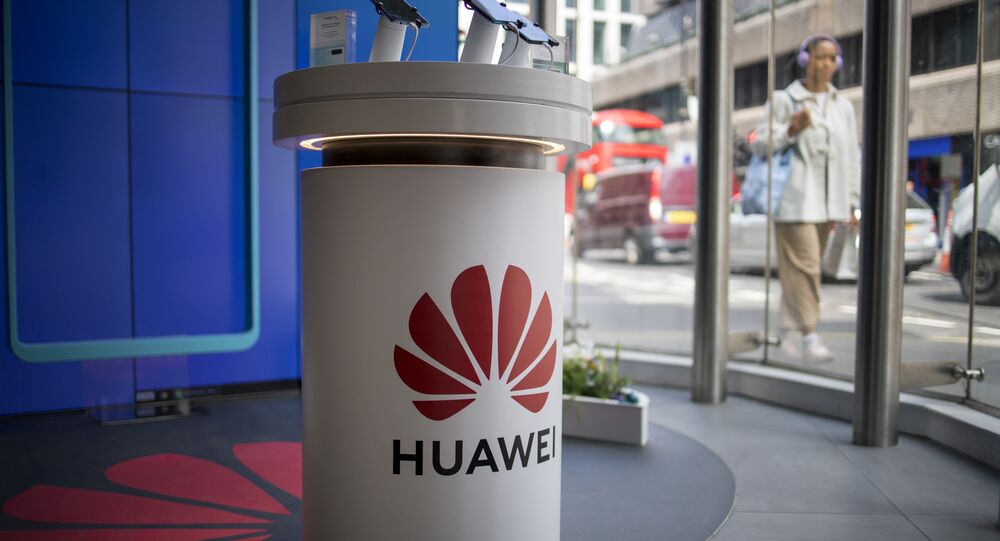 Huawei is placing high bets on the 5th generation wireless technology and seems to be investing in research at a pace few companies can match.

According to data obtained by Bloomberg, the world’s leading maker of networking equipment spent $15.3 billion on research last year – double the amount it shelled out roughly five years ago. According to Bloomberg, Huawei became the fourth leading company investing in R&D spending. Only Amazon, Alphabet and Samsung invest more: $28.8 billion, $21.4 billion and $16.7 billion respectively. Another key competitor, Apple, was left far beyond with $14.2 billion in spending.

© AP Photo / Mark Schiefelbein, File
China to UK Amid 5G Leak Row: Don't Discriminate Against Huawei
The US government is waging a campaign against Huawei as companies around the world prepare to invest billions of dollars in 5G networks, which is said to be a key ingredient for self-driving cars and other advanced infrastructure. Still, nations accounting for roughly 40 percent of the world’s gross domestic product are either embracing Huawei or appear unlikely to fully restrict the Chinese vendor.

Moreover, Huawei’s 2018 research budget grew 149 percent from 2014, outpacing increases by Apple Inc., Microsoft Corp. and Korea’s Samsung over the same period. The only company to outpace the percentage growth in R&D expenditure was Amazon with 210 percent.

“All the business achievements Huawei has made should be credited to the company’s handsome R&D investment budget. It has significantly boosted the company’s competitiveness,” said Xiang Ligang, a telecoms consultant and chairman of the industry website cctime.com, told Bloomberg.