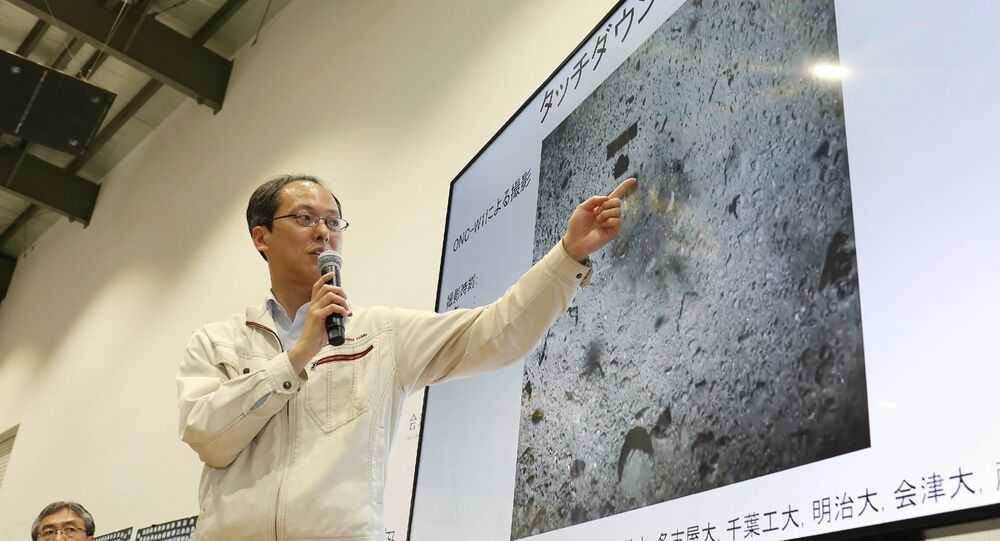 The purpose of making the crater was to lift "fresh" material from under the asteroid's surface that could shed light on the early stages of the solar system.

READ MORE: Scientists Found Comet As Old As Solar System Inside of Asteroid in Antarctica

"We can see such a big hole a lot more clearly than expected", Masahiko Arakawa, a Kobe University professor involved in the project said as quoted by the France24 news outlet.

Wikimedia Commons/ Deutsches Zentrum für Luft- und Raumfahrt (DLR)
Japan’s Spacecraft Shoots Asteroid with Bullet to Collect Samples (VIDEO)
The purpose of making the crater on Ryugu was to lift "fresh" material from under the asteroid's surface to shed light on the early stages of the solar system.

The asteroid Ryugu is located between Earth and Mars. "Hayabusa-2" was launched in December 2014 from a spaceport on the Japanese island of Tanegashima. It is assumed that a probe weighing about 600 kg, in perhaps November or December, will leave the asteroid's orbit. It is expected to return to Earth in 2020.