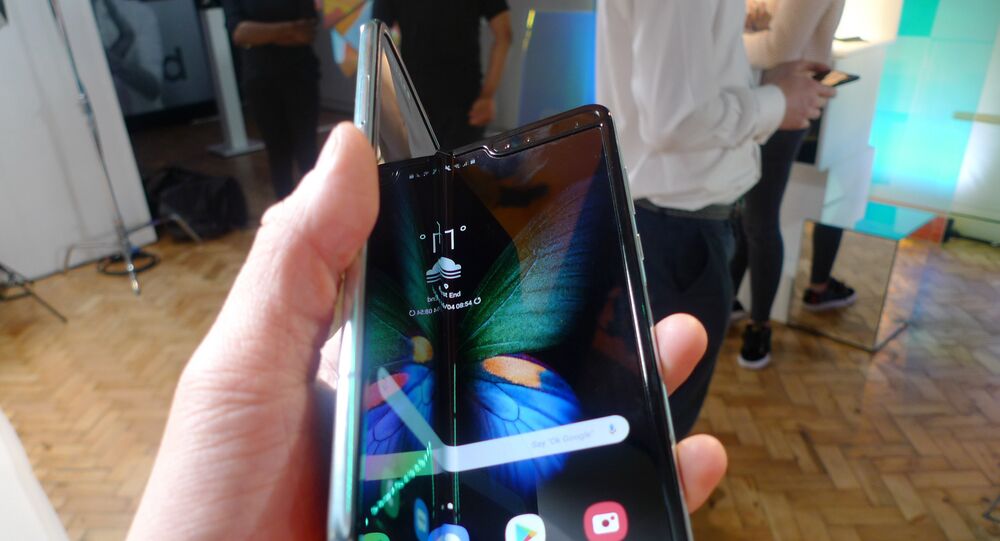 A large number of reviewers have found their revolutionary phone with folding display broken after a couple days of use. Thankfully for Samsung, the device’s numerous flaws have been discovered by reviewers before it made it to the shelves.

It appears Samsung has its own version of Bendgate scandal these days. The innovative gadget featuring a large foldable screen has been officially delayed indefinitely over poor initial feedback from reporters and numerous screen malfunctions.

"We want our customers to have the best experience possible which is why, after initial feedback, we have decided to delay the release of the category-changing Galaxy Fold to make sure it measures up to the high standards we know you expect from us," Samsung said in a statement. "We plan to announce the [new] release date in the coming weeks."

Numerous reviews across the Internet (and YouTube in particular) report that the innovative composite polymer display that is supposed to be foldable and take up to 200,000 folds, (which, according to Anandtech report, amounts to some five years of use) breaks just after several days. The screen of the $2000 device becomes completely black as if someone spilled ink on top of it.

© AP Photo / Ahn Young-joon
Hacking of New Samsung Galaxy Fingerprint Scanner Prompts SM ‘Paranoia’
Turns out, many reviewers pulled the top protective layer off the screen, mistakenly considering it a retail glass protector that should be removed after purchase. This layer should not be removed and is an integral part of the foldable screen.

However, many units failed for entirely different reasons: The Verge's phone apparently got some debris inside through the hinge mechanism. CNBC's review device failed for no immediately apparent reason at all.

"Initial findings from the inspection of reported issues on the display showed that they could be associated with impact on the top and bottom exposed areas of the hinge. There was also an instance where substances found inside the device affected the display performance," Samsung said in the statement, addressing the malfunctions.

In the statement, the company vows to "take measures to strengthen the display protection," as well as "enhance the guidance on care and use of the display including the protective layer so that our customers get the most out of their Galaxy Fold."

The Verge's Chris Welch, however, does not believe the South Korean company would be able to get away with minimal adjustments. To him, Samsung's statement "reads […] like some re-engineering of the hardware itself might be in order."

© REUTERS / Kim Hong-Ji/
South Korean Prosecutors Raid Samsung Offices Amid Ongoing Fraud Probe - Reports
Therefore, it is unclear when the revolutionary device will finally hit the shelves. According to Welch, it might very well be somewhere this summer. People who have already preordered the Folds have been promised only with an "update on shipping details in two weeks," which appears to be on 6 May.

This is not the first time Samsung got stuck in a major scandal. Its earlier 2016 device Galaxy Note 7 has been discontinued mere months after its launch due to numerous spontaneous ignitions of batteries resulting in fires with a lot of poisonous fumes, prompting both the US Transportation Security Administration (TSA) and the Russian Federal Air Transport Agency to ban Note 7s from all air transportation.

Earlier in 2014, Samsung's main competitor, Apple, got under fire for its iPhone 6 devices which were so thin and weak they were prone to accidental bending inside users' pockets, giving birth to the original Bendgate meme.