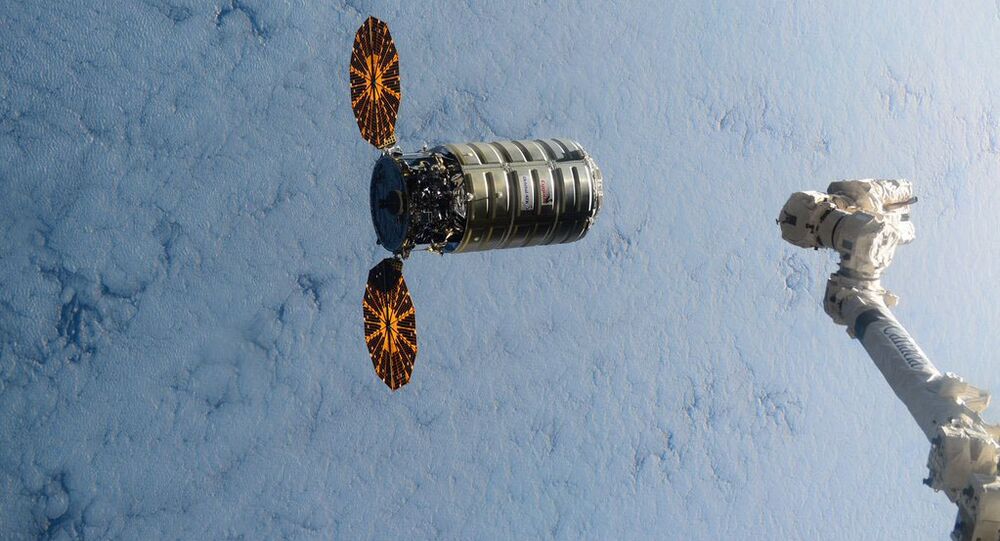 "[T]he ‘SS Roger Chaffee’ Cygnus spacecraft successfully completed its rendezvous and berthing maneuvers with the ISS earlier this morning," the release said on Friday. "The mission marks the company’s 11th successful berthing with the orbiting laboratory."

© NASA . Bill Ingalls
Cygnus NG-10 Spacecraft Blasts Off for ISS in Virginia Aboard Antares Rocket
On Wednesday, Cygnus launched aboard a Northrop Grumman Antares rocket from the Mid-Atlantic Regional Spaceport Pad 0A on Wallops Island in the US state of Virginia, the release noted.

Cygnus arrived at the ISS with nearly 7,600 pounds (approximately 3,450 kilograms) of cargo, supplies and scientific experiments and will remain docked at the station for three months before departing on secondary missions, Northrop Grumman said.