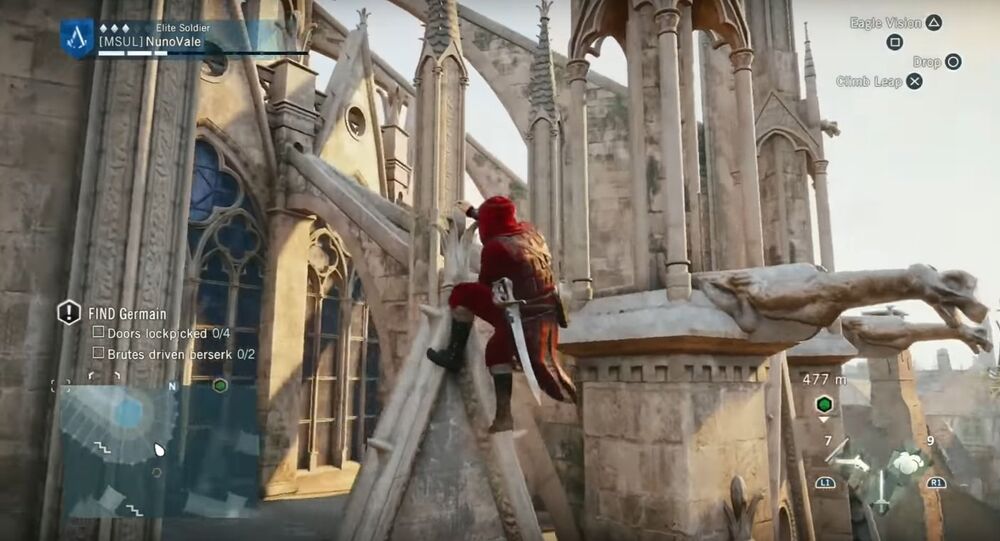 The developers of the famous video game franchise, well known for its painstaking recreation of various historical landmarks featured in it, also pledged a considerable sum of money to help restore the famous cathedral.

French game developer Ubisoft has announced that one of its creations, Assassin’s Creed: Unity – a game set in Paris during the French Revolution, which, among other things, features a detailed recreation of the Notre-Dame de Paris cathedral – will be available to download for free for one week on their Uplay service.

The company said in a statement that with this move, they "want to give everyone the chance to experience the majesty and beauty of Notre-Dame the best way we know how", adding that they will also be donating some 500,000 euros (over $562,000) to "help with the restoration and reconstruction of the Cathedral", encouraging others  to donate as well.

© Sputnik
Aftermath of Notre Dame Blaze as France Vowes to Restore Catheral in 5 Years (VIDEO)
Earlier, several media outlets and social media users speculated that since Ubisoft artists working on Unity spent two years modelling the Notre Dame cathedral “inside and out” for their game, their data could be used to help restore the iconic landmark to its former glory.

A devastating fire broke out at the Notre-Dame de Paris on Monday, causing the collapse of the cathedral's spire and two-thirds of its roof before being fully extinguished on Tuesday morning.

In the aftermath of this tragedy, President Macron said during a TV address to the nation that he wants the cathedral to be rebuilt in five years, and vast sums of money have already been pledged by various groups for this undertaking.