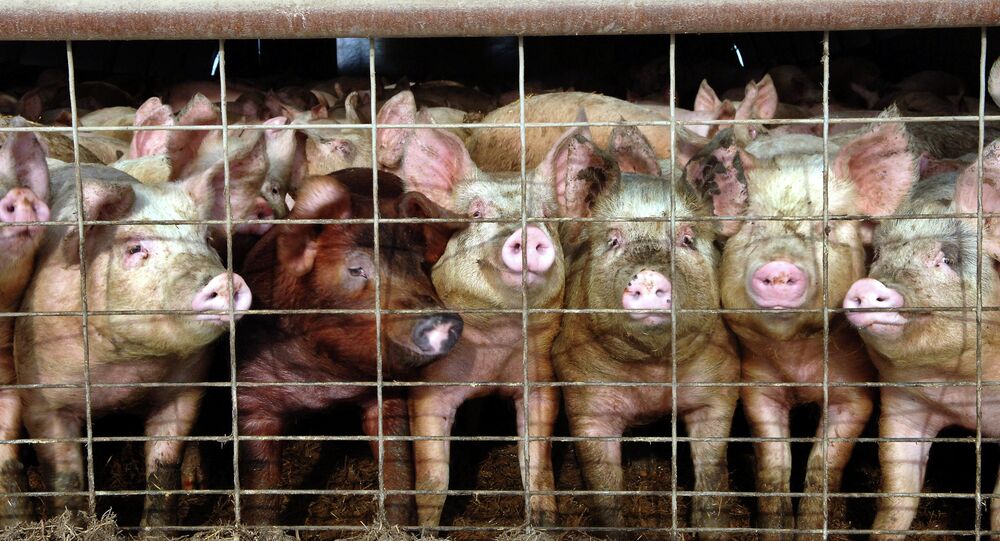 Scientists Brought Pig Brains Back to Life Hours After Death

US scientists have partially revived pig brains four hours after the animals were slaughtered, providing new ways of researching diseases like Alzheimer's and fuelling debate over the barrier between life and death.

For the study conducted by a team at Yale University, thirty-two pig brains were collected from an abattoir. The organs were connected to a system that rhythmically pumped (to mimic the pulse) a specially designed liquid round the brain, which contained synthetic blood to carry oxygen and drugs to slow or reverse the death of brain cells.

The study, published in the journal Nature, showed a reduction in brain cell death, the restoration of blood vessels and some brain activity. The researchers found working synapses — the connections between brain cells that allow them to communicate — while the brains also showed a normal response to medication and used up the same amount of oxygen as a normal brain 10 hours after the pigs were decapitated.

However, here was no sign of the brain-wide electrical activity in an electroencephalogram (EEG brain scan) that would signal awareness or perception, meaning that the brains remained biologically alive while being fundamentally dead.

"Cell death in the brain occurs across a longer time window that we previously thought. What we are showing is the process of cell death is a gradual, stepwise process. And that some of those processes can be either postponed, preserved or even reversed," said Nenad Sestan, a professor of neuroscience at Yale University.

The pig brains came from the pork industry; the animals were not raised in a lab for this experiment, yet Yale scientists were so concerned the pigs might become conscious that they gave drugs to the disembodied brains to reduce any higher brain activity.

Ethicists, writing in Nature, say new guidelines are needed for this field because animals used for research could end up in a "grey area — not alive, but not completely dead".

The immediate benefit of this work will be for scientists studying the brain in diseases like Alzheimer's,  as well as helping to find better ways of protecting the brain after traumas such as a stroke or being starved of oxygen at birth.

© CC0
First Remote Brain Surgery Via 5G Network Performed in China – Reports
This line of research could lead to a whole new way of studying the post-mortem brain. It also could stimulate research to develop interventions that promote brain recovery after the loss of brain blood flow," said Dr Andrea Beckel-Mitchener, from the Brain Initiative at the US National Institute of Mental Health.

This kind of recovery didn’t completely change the meaning of death. Tara Spires-Jones, deputy director of the Centre for Discovery Brain Sciences at the University of Edinburgh, said: "This study is a long way from preserving human brain function after death as portrayed in the cartoon Futurama where heads were kept alive in a jar,” yet noted that the study might provide a decision for a temporary preservation of some of the more basic cell functions in the pig brain.

Researchers Find Out HOW Space Radiation Affects Our Brains