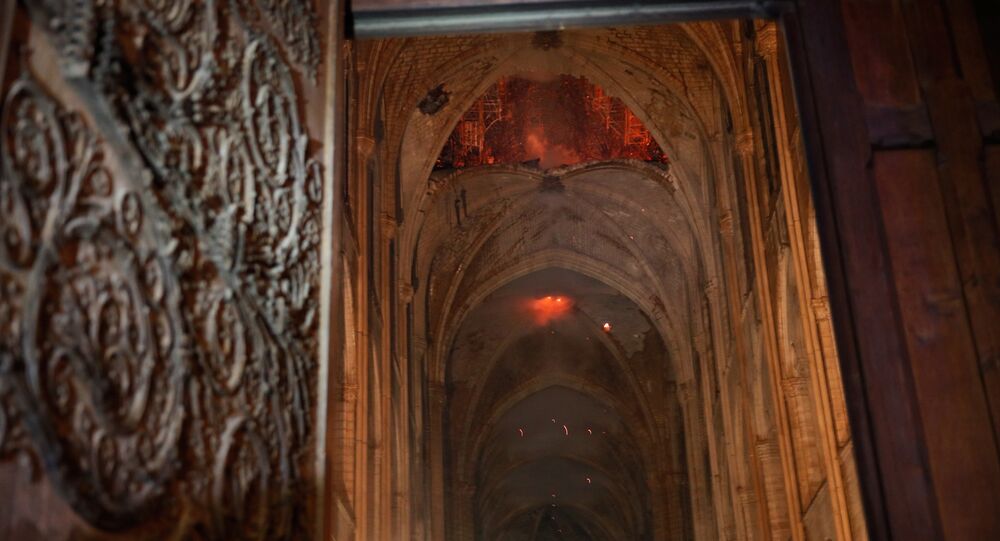 While the data compiled by the video game’s designers could, in theory, be used to help rebuild the famous cathedral, it remains to be seen whether it is accurate enough for that purpose, not to mention that at least one other model of the building was also made via laser scanning before.

As French President Emmanuel Macron issued a call to rebuild the iconic Notre Dame Cathedral in Paris which was ravaged by fire on 15 April, several media outlets and social media users pointed out a possible source of digital information which may help restore this legendary landmark to its former glory – a 2014 video game called Assassin’s Creed: Unity, made by French company Ubisoft.

Could this be used to help restore the building after the fire?https://t.co/DuDc877ong

​According to an article published by The Verge in the year of the game’s release, the artists working on Unity spent two years modelling the cathedral “inside and out”, with careful attention to the smallest of details.

And since Ubisoft still possesses all the data, 3D models and other materials related to this project, it could, in theory, become a useful contribution to the restoration effort.

One netizen pointed out, however, that most of the paintings and sculptures had to be removed by the game developers from the model due to copyright issues, while another noted that a team of historians has already “laser scanned” the cathedral, creating a far more accurate model of it in the process.

Most of the paintings and sculptures had to be removed due to copyrights issues so, no.

Notre Dame has already been renovated, the fallen spire was 19th century-built, so we definitely have derailed plans of it

The whole cathedral was laser scanned by a team of historians with a precision level of 5mm. That model would be far more accurate the Unity one.https://t.co/ldvKvPhn1a

​The devastating fire broke out at the Notre-Dame de Paris on Monday, causing the collapse of the cathedral's spire and two-thirds of its roof.

The blaze was fully extinguished on Tuesday morning, and it remains unclear at this time what caused it.

In the aftermath of this tragedy, President Macron said during a TV address to the nation that he wants the cathedral to be rebuilt in five years.

"We will make the Notre Dame cathedral even more beautiful. And I want this to be achieved within five years from now," he said in a speech broadcast by the French presidential office.