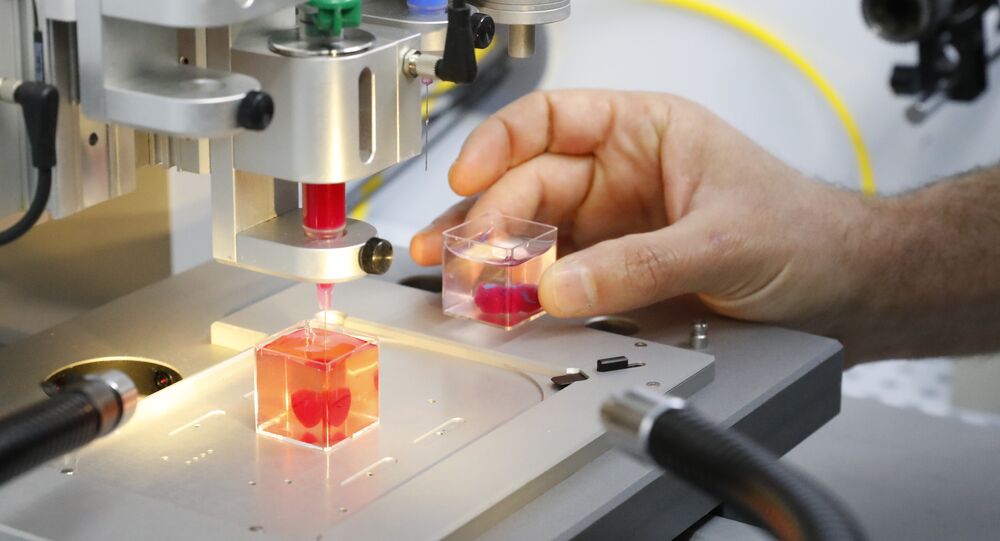 The 3D-printing technology is already being used to construct entire houses in just 24 hours, but using the tech to create a human heart was proving difficult. Well, not anymore, say the scientists who have fabricated the world's first human heart with blood vessels.

Researchers from Tel Aviv University on Monday announced they had printed a 3D vascularised heart made from a patients' own tissue — an achievement that the university touted as a "major medical breakthrough".

Professor Tal Dvir, who led the project, conceded that scientists had 3D-printed the structure of a heart in the past, but this is the first time anyone has engineered an entire heart with cells, ventricles, chambers, and blood vessels.

He showed a 3D print of a heart with visible vessels; the miniature heart measured less than 3 centimetres in size.

The research team revealed in the findings, published in the journal Advanced Science, that they took a biopsy of fatty tissue from patients, reprogramming their cells and processing extracellular molecules into a personalised hydrogel.

They then mixed the cells and the hydrogel to create so-called 'bio-inks' for cardiac patches, which were followed by an entire heart.

It takes about three hours to 3D print a 'mini-heart', and the cells need another month to mature and form a pumping ability, Prof. Dvir said. Re-producing human-size hearts will require the same technology but significantly more time.

Before introducing them in organ transplantation, researchers first need to test them on animals and then on humans.

In a press release, Tel Aviv University said this technique will obviate organ transplant waiting lists and anti-rejection drugs, while transplants will be printed to fully match patients' anatomy.

"Maybe, in 10 years, there will be organ printers in the finest hospitals around the world, and these procedures will be conducted routinely," he said.