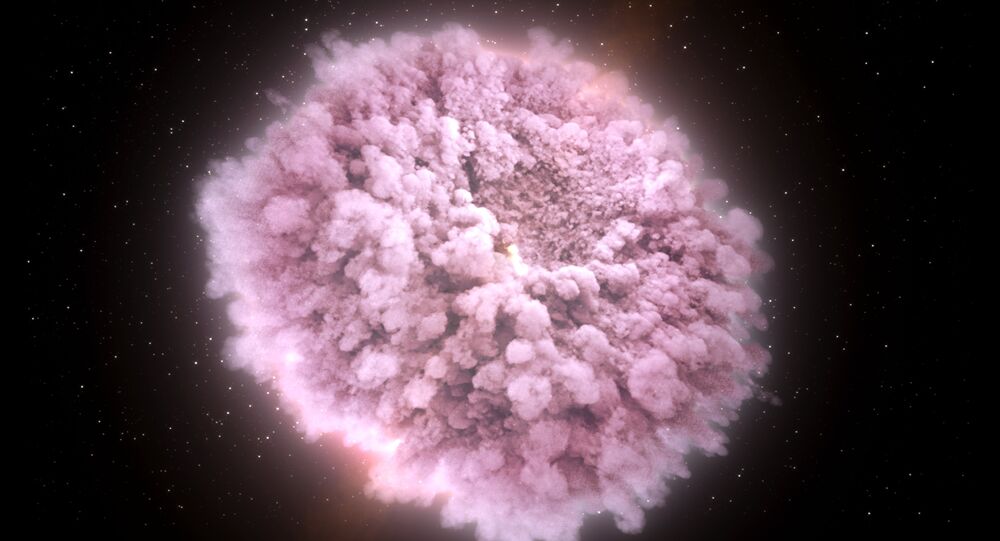 Neutron stars, their birth, merging, and collisions, have always been shrouded in mystery, largely due to their extreme density, which can hardly be reproduced in astrobiology laboratories.

A team of researchers has identified an outburst of X-ray emissions from a galaxy roughly 6.5 billion light years away, which is in line with the merger of two neutron stars to form a magnetar – a large neutron star with an overwhelmingly powerful magnetic field, a press release on phys.org has it.

Based on the observation, the scientists managed to calculate the frequency of such mergers, coming to the conclusion that they occur about 20 times per year in each region of a billion light years cubed.

The researchers analysed data from the Chandra X-ray Observatory, NASA’s flagship X-ray telescope, which helps conduct more than 100 X-ray observations of a single area of the sky over a period of more than 16 years to collect information about galaxies across the universe, with their findings published in Nature.

"Neutron stars are mysterious because the matter in them is so extremely dense and unlike anything reproducible in a laboratory", Bret Lehmer, assistant professor of physics at the University of Arkansas, noted, adding that today’s science doesn’t yet have a good understanding of the physical state of the matter underlying neutron stars.

“Mergers involving neutron stars produce lots of unique data that gives us clues about the nature of neutron stars themselves and what happens when they collide", Lehmer said.

He further elaborated, saying that a critical piece of evidence is how the signal changes over time, going on to detail different phases:

"It had a bright phase that plateaued and then dropped off in a very specific way. That is exactly what you'd expect from a magnetar that is rapidly losing its magnetic field through radiation".

Similar estimates of the rate of neutron star mergers have been made based on the mergers discovered by gravitational waves and gamma rays.

READ MORE: Star Wars 2.0: US Trying to 'Engineer a Race Where There's None'

Yuri Gagarin: A Look Back at the First Man in Space