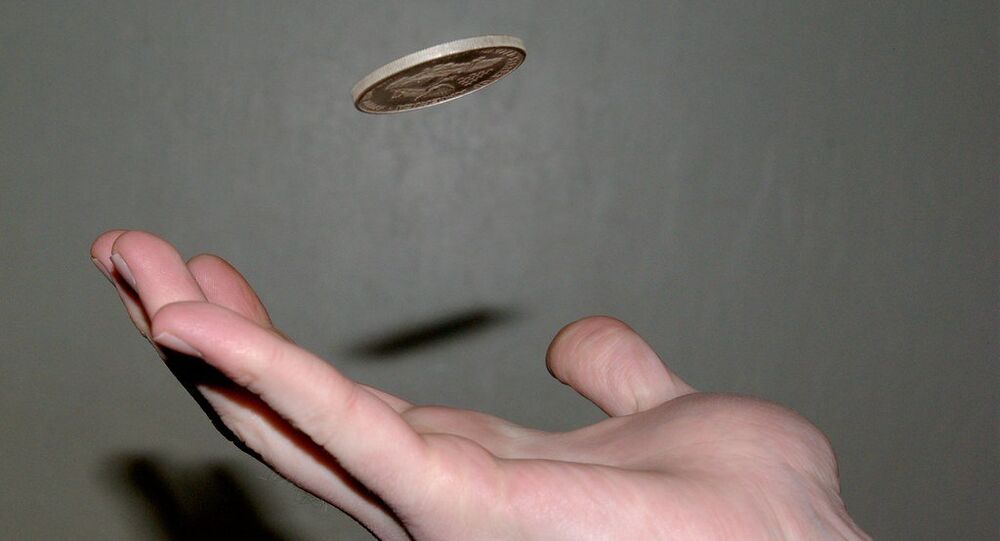 Presented with the fact that the future presents a myriad of possibilities whose numbers grow exponentially as more time elapses, researchers went on to create a device which can examine all possible futures by placing them in a quantum superposition.

A team of researchers from Australia’s Griffith University and Singapore’s Nanyang Technological University recently developed a prototype quantum device that can generate all possible future outcomes in a set system.

© Flickr / NASA Goddard Space Flight Center
Bright Lasers Set to Open Use of Atomic Gas for Quantum Computing Qubit Storage
According to the Griffith University’s official website, despite the fact that the future basically presents a vast number of possibilities which increase exponentially the deeper we go into it, the scientists realised that a quantum computer can examine all possible futures by placing them in a quantum superposition – “similar to Schrödinger’s famous cat that is simultaneously alive and dead”.

This realisation drove the team to create a specially devised photonic quantum information processor "in which the potential future outcomes of a decision process are represented by the locations of photons", demonstrating that the state of the device was a "superposition of multiple potential futures, weighted by their probability of occurrence".

As the website notes, the scientists have already demonstrated one use for the device, measuring how much one’s bias towards a specific choice in the present affects the future, though some of the researchers have already suggested other possible implementations for their creation.

"In fact, many current artificial intelligence (AI) algorithms learn by seeing how small changes in their behaviour can lead to different future outcomes, so our techniques may enable quantum enhanced AIs to learn the effect of their actions much more efficiently", said lead author Farzad Ghafari from Griffith University.

Griffith researcher Nora Tischler also remarked that the team’s goal would be to scale up their creation “to more complex and interesting processes”, which, according to the Brisbane Times, include predicting the weather beyond a few days, as well as “things like stock markets and traffic patterns”.