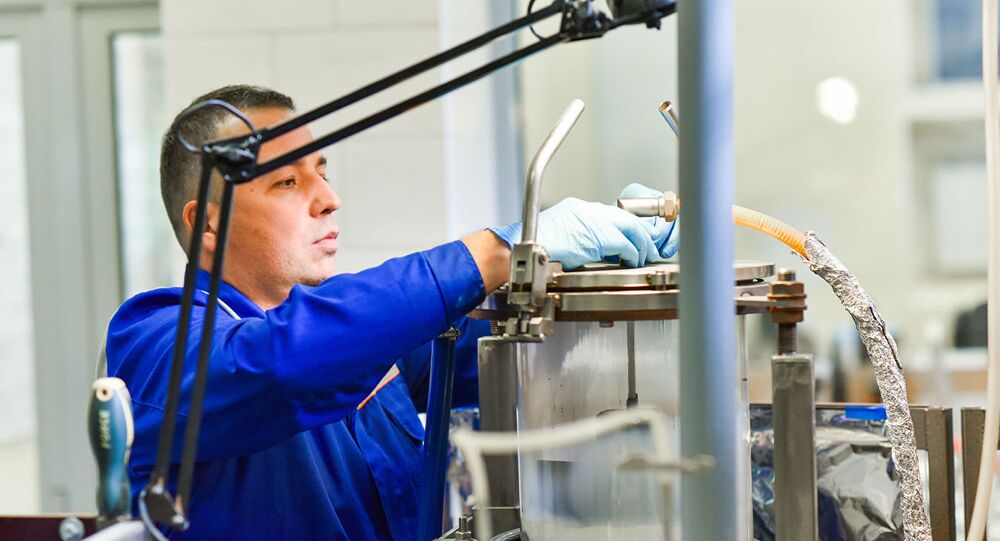 Scientists from National University of Science and Technology MISiS (NUST MISiS) became the first in the world to publish the results of research carried out on the metal alloy that was thought to be able to replace silicon in electronics.

The experiment, however, did not confirm the foreign scientists' theory that this material possessed all the necessary properties.

The Russian experts' findings were published in the international scientific Journal of Magnetism and Magnetic Materials.

Spintronics studies the interaction between the electrons' intrinsic angular momentums, or spins, and electromagnetic fields. It uses the findings to develop the so-called spintronic devices that, unlike traditional electronics, run on the electrons' spin current rather than the electric one.

"Finding materials with a semimetallic conductivity is vitally important, as they will be used in spintronic devices," said Dmitry Karpenkov, one of the researchers, during an interview with a RIA Novosti representative. "In order to be used in spin valve structures, the materials in question have to possess a 100 percent spin polarization — this means that its electrons' magnetic moments are aligned with a given direction. This allows for the improvement of the spintronic devices' efficiency."

NUST MISiS researchers decided to test the theories of foreign researchers who predicted the necessary conductivity for the Mn2FeAl alloy. To do this, scientists melted an ingot in the so-called single phase state to test its magnetic and transport properties.

"The samples turned out to be highly frustrated magnets — this means, strongly disordered, characterized by the absence of long-range magnetic order," Karpenkov pointed out, adding that the material's transport properties turned out to be similar to that of the so-called "bad metals", which are characterized by abnormally high electrical resistivity compared to base metals.

Scientists are planning to continue searching for new materials with 100 percent spin polarization both in theory and in practice by carrying out tests of candidate materials.