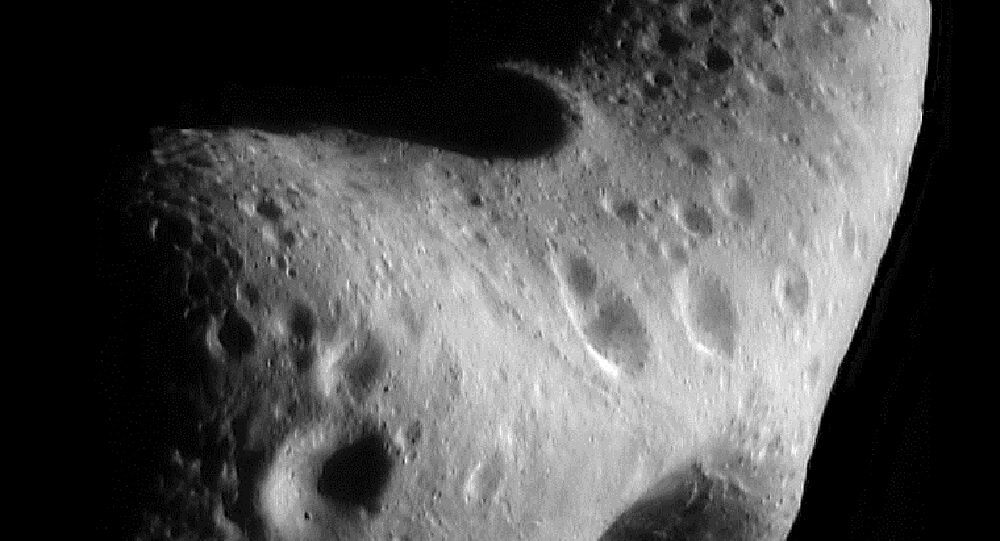 The conspiracy theorist argued that the photo might depict not the surface of the asteroid itself, but rather a fragment of a gigantic sculpture located there.

Scott C. Waring, a dedicated hunter of all things alien and a famous conspiracy theorist, recently made another interesting discovery, this time of a somewhat lewd nature, while examining a photo of asteroid Eros.

As Waring explained in his blog, he stumbled upon the image while studying the NASA photo index and, upon discovering the asteroid’s name, found it odd.

"Eros is supposed to be a male, so it’s bit off base. But what if this close up photo is of a much larger figure carved into the asteroid Eros?" he speculated. "It’s possible that there is a huge sculpture of the Greek god on this asteroid. I don't believe in coincidences. It seems to me that NASA is hiding the rest of this sculpture and they accidentally published this particular photo of it".

Whatever the case, he surmised, asteroid Eros "has a fitting name indeed".

While Waring also previously made a number of claims related to various peculiar objects he allegedly found on NASA photos, such as alien tech on asteroid Bennu or an alien base on the surface of the Moon, the US space agency attributed at least one of his discoveries to the effect of pareidolia – a psychological phenomenon where people see recognisable shapes in clouds, rock formations, or otherwise unrelated objects or data.